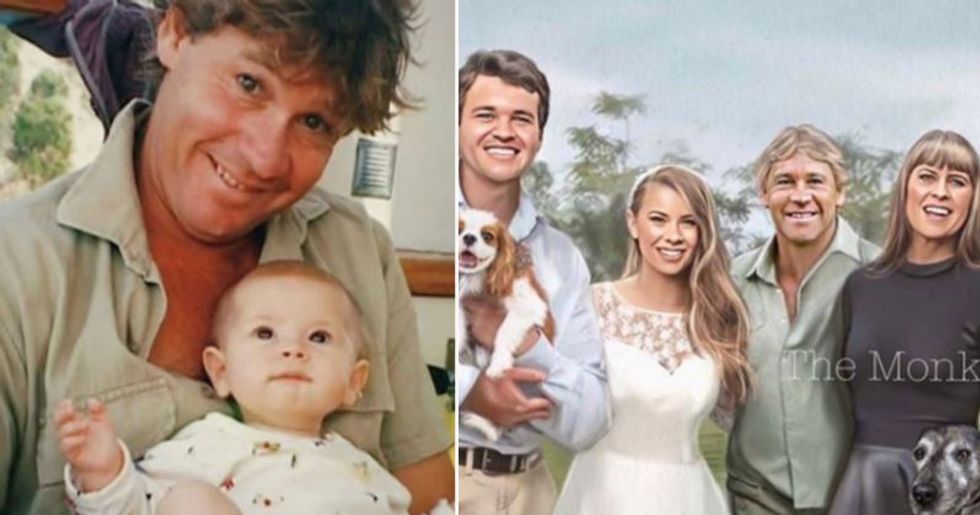 His daughter, Bindi, has recently shared a beautiful picture of her late father at her wedding - and revealed that she cried 'happy tears' after seeing the image.

And earlier this year, when much of the world celebrated father's day.

Bindi penned a heartbreaking tribute to her late father.

On the 25th of March 2020, Bindi and her hubby Chandler finally said their “I do’s" and became husband and wife.

Speaking to PEOPLE, Bindi said: “Where we got married was such a special place to dad. It’s a beautiful little area where he had filmed for many years. It felt really wonderful and just meant to be."

“We had dad’s picture with his dog Sui blown up on an easel," she explained, “So mom and Robert were standing right next to dad as we exchanged vows. We had a candle-lighting ceremony for him, and it really felt like he was there with us. It was a lovely moment of peace and happiness."

Bindi’s bouquet that she carried down the aisle was finished with a khaki bow, which was Steve’s signature color. “Most brides have something blue; I had my khaki," she said.

Even though the pain of not having Steve with them is still very much real...

It looked like a truly wonderful day for the Irwins, and we’re sure that Steve was looking down proudly.

Bindi then took to Instagram to pay tribute to her later father.

She posted a snap of the 2 of them together along with the sweetest caption.

"You'll always be my superhero." We're not crying, you're crying.

Now, Bindi has spoken out again.

And she's revealed that she cried 'happy tears' after seeing a beautiful illustration.

It was a painting.

Sketched out by Debb Oliver, the painting depicted Steve standing there with his daughter Bindi and Chandler during their wedding ceremony.

I’ve been working on this slowly since @bindisueirwin and @chandlerpowell got married. I couldn’t stop thinking about how Steve would be so proud of them. So I wanted to draw all the Irwin’s together, including Sui. Steve’s best friend. I LOVE this family so much.

And then Bindi responded.

And she was ecstatic with the beautiful artwork. She wrote:

My family. Our wedding day. This artwork gave me happy tears. Thank you to ‘The Monkey Brush’ for creating such a beautiful piece, it means the world to me.

Such a beautiful tribute.

And for such an incredible family!