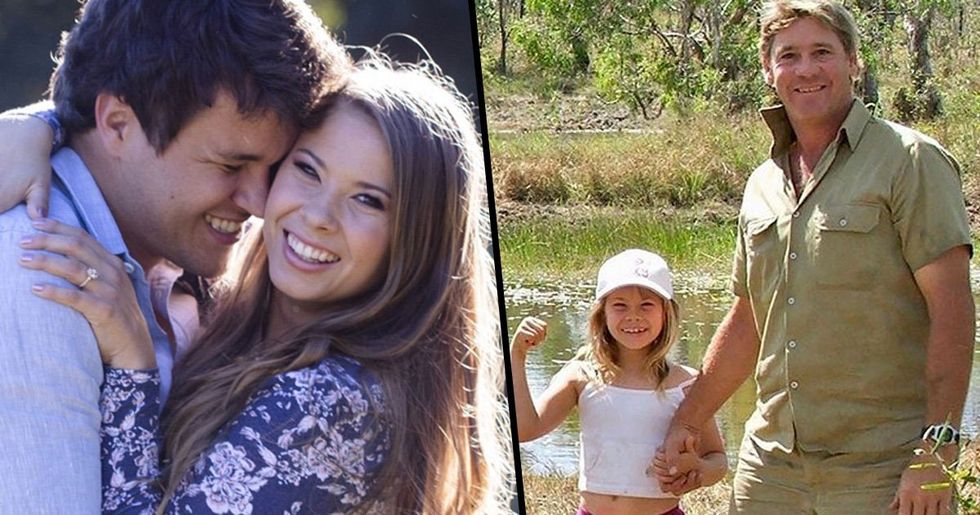 Bindi Irwin Gets Engaged on 21st Birthday at Australia Zoo

So, of course, the internet was suitably thrilled to see that, not only has Bindi just announced her surprise engagement on her 21st birthday, but that her now-finance proposed at Australia Zoo!

It's honestly the cutest thing ever. Just wait until you see the pictures...

Today is Bindi's 21st birthday, and, to mark the occasion, it looks like Powell took the plunge and asked her to be his wife as Bindi announced online today that she and Powell are now engaged.

But he'll definitely be there in spirit and will be so proud. Each time that the family is in the headlines, its a reminder of all the work that they do to ensure that Steve's groundbreaking work isn't forgotten, and his mini-me son, just like Bindi, is a massive part of that. Earlier this month, Robert Irwin posted a picture of himself feeding Murray the crocodile at the exact same place as is father, fifteen years on. Keep scrolling to see the picture that's keeping Steve's legacy well and truly alive...