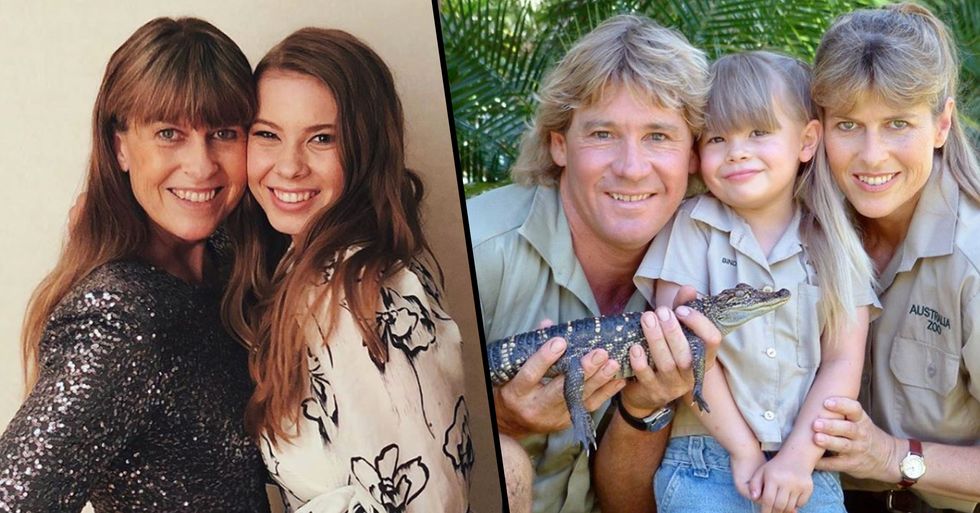 Bindi Irwin Is 'Looking for Decent Candidates' to Date Her Mom

Bindi Irwin and her husband, Chandler Powell, recently tied the knot in a private and secluded ceremony at Steve Irwin's beloved Australia Zoo.

But during that time, she was also looking for a new man for her mom... But there is a specific requirement for the role.

Read on for the full story.

You'd never believe that while she was planning her wedding...

Bindi's mom and dad had been together for over a decade.

It all turned around when Bindi found love with Chandler Powell.

They are so cute together!

And on Bindi's twenty-first birthday... She announced to her fans that they were engaged.

Bindi was reportedly celebrating her birthday surrounded by friends and family when Chandler popped the question. It was great to see her so in love.

Announcing the exciting news, Bindi wrote on her Instagram: "July 24th, 2019… On my birthday I said ‘yes’ and ‘forever’ to the love of my life. Chandler, close to 6 years ago I fell in love with you and every day since has been a whirlwind of adventure and true happiness. I’m so looking forward to spending our forever together as your wife. Here’s to a lifetime of friendship, purpose and unconditional love. — Now let’s get married already!"

And Bindi recently spoke fondly of the day and how she honored her late father.

But after the couple decided to release all the details about their wedding...

Bindi also revealed some other information concerning her mother's love life. It has now been fourteen long years since her husband passed away and she has yet to get into another relationship.

So Bindi decided that now that she had found her true love, she would help her mom find hers... again.

She's even gone as far as asking around for suitable candidates with the requirement that they must be "decent."

This is what a source told GLOBE magazine:

"Bindi would love nothing more than to see Terri find a nice guy and settle down. She's been discreetly asking around and looking for decent candidates who can take her mum out to dinner and get her back into the dating whirl again."

But Terri has been too focused on the business and raising her family...

"It does have an impact on her private life, as she doesn't get much time to relax when she's not working."

Hopefully, this will be the push she needs.

We can only hope that Terri manages to find love again. She truly deserves to. Keep scrolling to read more about celebrities who have found love again...