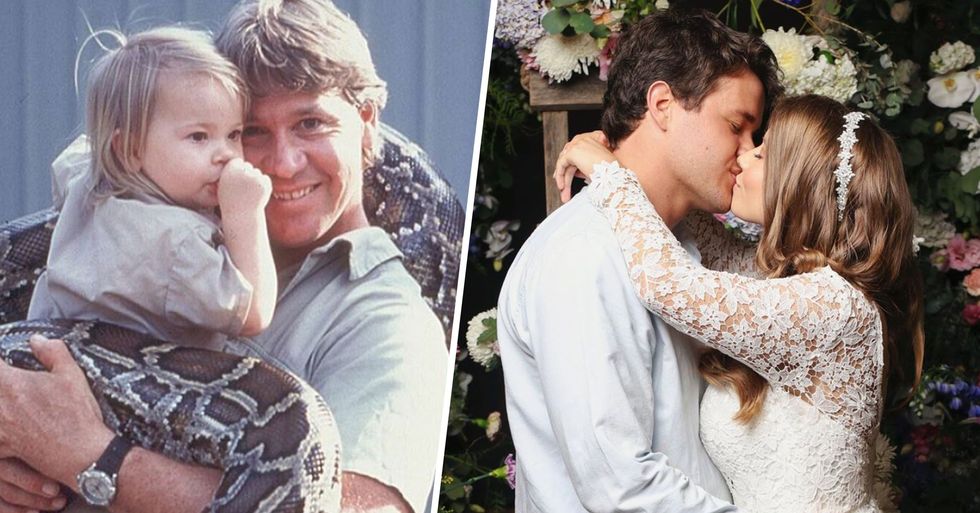 The late Steve Irwin's family is known and loved best for continuing his legacy of caring for Australia's wildlife.

His daughter, Bindi, has grown into a beautiful young woman and she married her childhood sweetheart last week in a beautifully intimate ceremony.

Keep scrolling to see the touching way in which she honored her dad at her wedding...

The pair met when Chandler, who's now twenty-two, was visiting the zoo while in Australia for a professional wakeboarding competition.

She announced to her fans that they were engaged!

Announcing the exciting news, Bindi wrote on her Instagram, "July 24th, 2019… On my birthday I said ‘yes’ and ‘forever’ to the love of my life. Chandler, close to 6 years ago I fell in love with you and every day since has been a whirlwind of adventure and true happiness. I’m so looking forwarding to spending our forever together as your wife. Here’s to a lifetime of friendship, purpose and unconditional love. — Now let’s get married already!"

They had no guests due to the recent restrictions from the coronavirus...

Speaking to PEOPLE, Bindi said, "Where we got married was such a special place to dad. It’s a beautiful little area where he had filmed for many years. It felt really wonderful and just meant to be."

We wish Bindi and Chandler a lifetime of happiness in this next chapter of their lives!

Keep scrolling to check out Robert's adorable isolation selfie with a tortoise...