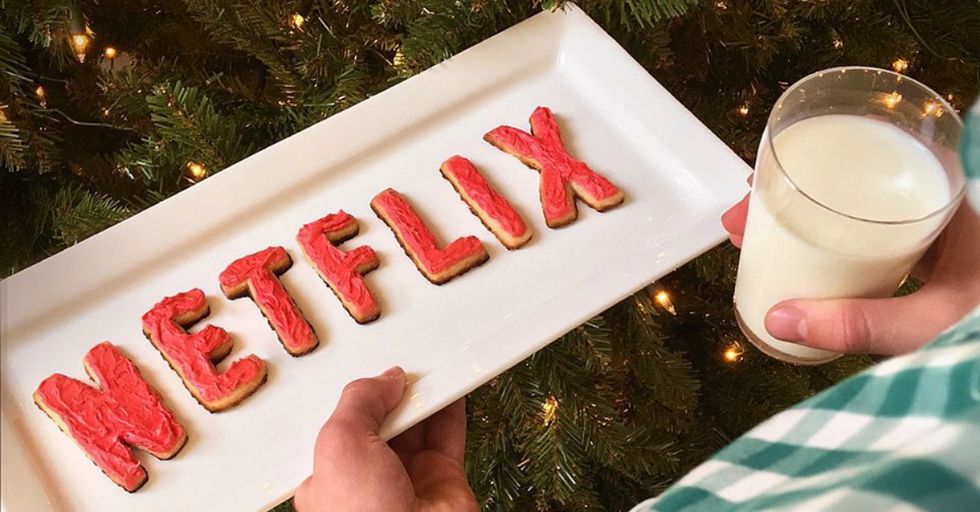 Traditionally, being a couch potato has mostly been frowned upon. After all, what good can come from lounging on the couch all day, watching shows and wasting precious sunlight? The general consensus orbited around the simple formula that tons of TV equaled no motivation.

But that was before Netflix.

The now-famous instant streaming movie and TV service has changed the media consumption game, not only by making content instantly accessible for a low fee, but they've succeeded at doing something no one thought possible, making binge watching TV a semi-sport.

When Netflix hit the scene, we only had one reaction.

Being able to instantly stream movies and TV was not only revolutionary, it was life-changing. Gone were the days of waiting for commercials to play out and weeks to pass before we could get to the next episode of something we loved. Watching a season of a show became as easy as clicking affirmatively on Next Episode. Pure heaven.

The amazing gift of instant TV access did come with a little caveat though.

Indeed, being able to watch consecutive episodes of a vast array of shows was incredible, but many of us began to realize it was possible to be sucked into a black hole of binge watching that claimed entire days. Sometimes, many days. If it turned into a week, we kept it to ourselves.

Binge watching isn't for the faint of heart.

Watching hours upon hours of TV can really take a toll. Sure, it starts out as a relaxing endeavor, but after entire seasons of a favorite show, we can start looking a little rough around the edges. Bloodshot eyes, unwashed hair, and a body that's desperately crying out for a shower is smelly fair that isn't for just anyone. Most of us have to tap out to regain our sanity, find out what year it is, and look for a clean shirt.

But some people are binge watching champs, and Netflix is backing them up with numbers and stats.

Netflix has now dubbed its most dedicated fans "Binge racers." To be an elite in this category, it's imperative that a person be able to watch an entire season of a show, within the first 24 hours it premiers. No slacking and scattering watch time over weeks or even a couple of days. It takes thorough dedication and a clear schedule. Clean clothes and showering need not apply.

All countries are welcome, and they're taking it very seriously

Not to brag, but I'm extremely good at binge watching tv. Like, some people get bored and throw in the towel — I say I'm committed.
— anastasia warren (@anastasia warren)1499123689.0

According to Netflix, this high velocity speed watching has increased twenty-fold over the last few years, with countries all over the world more than happy to compete for fastest racer. In the top three? Canada, America, and Denmark take the cake. We weren't aware of your mad watching skills, Denmark, but go you.

Who's the lucky winner of "Most Watched Show?" You'll have to go look in Star's Hollow.

No true fan was really surprised, but Gilmore Girls: A Year In the Life is currently in first place for most viewed Netflix show. We get it. It's extremely easy to follow Lorelai and Rory for hours, wishing we lived in the same adorable town, and enjoying the witty banter. Nipping closely on the heels of the Gilmore ladies are equally addictive shows like Fuller House and Marvel's The Defenders.

It's not for everybody, but we're giving a huge high five to all those committed "racers" out there.

Brian Wright, Vice President of Original Series put it best in a Netflix press release. "There’s a unique satisfaction that comes from being the first to finish a story – whether it's the final page of a book or the last, climactic moments of your favorite TV show. Netflix allows you to watch in a way you never could before, and there's nothing better than seeing a show engage our members and ignite a passion for viewing." We agree. Just promise some clean clothes and shampoo, and we might just join the race ourselves.