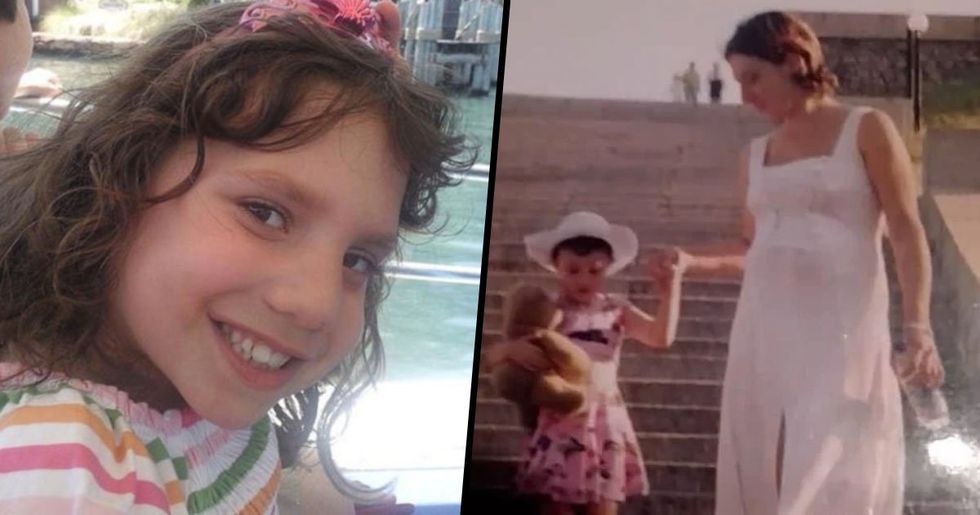 In something that sounds like it's come straight out of a horror novel, a mom from Indiana has claimed that her 9-year-old adopted daughter, Natalia, who came from Ukraine was, in fact, a twenty-two-year-old sociopath who had murderous intentions.

Though her discovery actually happened back in 2013, the story resurfaced after Kristine Bennett and her ex-husband were arrested for child abandonment... Even though Natalia had been proven to be an adult.

And now, Natalia's birth mom has spoken out and has made some bold claims that could turn the whole story upside down. Keep scrolling to hear what she's had to say on the matter of her rogue daughter...

Let's start this story from the beginning...

For a while, Natalia's whereabouts remained unknown.

After the Barnetts fled to Canada in 2013, Natalia gradually stopped replying to their calls and messages, and they were left wondering where she was and what she could possibly be doing.

Kristine was worried about what Natalia may do next...

She feared Natalia had stopped taking her medication and was probably posing as a child again for another unsuspecting family. "I had found a little pink dress in her closet and a little pink bicycle parked beside her house, and I would have forced her back into treatment but I couldn’t do that any longer because she was an adult."

And then, fresh claims arose...

And it appeared that Natalia may have been adopted by a different family.

How on Earth has an adult got away with posing as a child for so long? And how has she manipulated yet another family?

But the impossible has actually happened.

The Daily Mail has claimed that Natalia has found a new home with a Christian couple from Indiana and their 5 other children.

Natalia's new father figure, thirty-six-year-old Antwon Mans, was recently ordained as a pastor and lives in a former church parsonage with his wife Cynthia, thirty-nine.

They have welcomed Natalia into their family.

And the devout couple are apparently aware of the questions swirling around the true age of their Ukrainian 'daughter,' who is barely taller than a toddler because of the bone disorder, spondyloepimetaphyseal dysplasia.

Yet, despite the rumors and horror stories...

They are seemingly in the belief that Natalia is very much a child, with photos of her in children's clothes being posted on their social media accounts.

A family friend of the Mans has spoken out.

And insists that the Mans are simply "good samaritans" who came across an "abandoned child" and just wanted to help. "The Mans care for Natalia and she likes being there," said the friend. "There's nothing crazy going on or anything. These are good people."

Natalia has remained a firm part of the family as a child, despite the claims that she's actually in her twenties.

"They've [The Mans] already tried to speak to Natalia's adopted parents and tried to go through the courts," added the friend. "They are just not getting anywhere and now this is escalating."

"She is just in a really awkward position and they are trying to help her out. There are actually very limited things they can do for her because people are saying she's thirty. She can't even go to high school."

And she appears to have continued her child-like persona.

"They just so happened to come across this person that was not being treated right and cared enough to put in the effort to make sure something was done about it." Their friend continued, "If it's true that her parents had abandoned her, it's horrible."

Her new family clearly believe that Natalia is a child.

"I'm not a doctor or a psychiatrist but I've spoken with Natalia and I believe her. If you're asking me if I think she is 30, that's ridiculous," the family friend concluded.

The Mans had even tried to restore Natalia's original age.

"Natalia was living on her own and the couple wanted to become her guardians. Thinking she was still a child, the couple tried to overturn the 2012 result," their attorney told Daily Mail.

However, their guardian application was dropped due to the overwhelming evidence of Natalia's real age.

"This time the hearing was even more in-depth, not only did the judge look at medical reports and other documents, but witnesses came before the court to explain why they were certain Natalia had been twenty-two."

"The judge upheld the original results and the couple dropped the guardianship petition."

The Mans did indeed withdraw their bid for guardianship in January 2018 and it was dismissed without prejudice.

When approached this week outside their rented four-bed home an hour from Indianapolis, Antwon Mans refused to discuss Natalia's case with Daily Mail.

Cynthia Mans asked the reporter to leave the property, adding "We don't have anything to comment on."

Despite Natalia having gone through 2 separate families already...

The question still stands... What's happened to her birth family?

Natalia was born in Ukraine...

And her birth mom has now been tracked down.

And her mom has fully denied her daughter being an adult...

And has also insisted that she isn't a murderous sociopath.

She has claimed that her daughter is sixteen-years-old.

Not 6. Not twenty-two. Sixteen. Speaking to the Daily Mail, who originally tracked her down, she said: "I know exactly how old she is. This girl is my daughter who was born sixteen years ago. Doctors told me to leave the baby. 'Leave her, don’t ruin your life', they said. Both them and my mom told me to leave her."

She is aware of the headlines...

But is heartbroken by the news, saying that she was forced into giving her up.

Wiping away tears, she made a heartfelt plea to Natalia herself, "Daughter, forgive me for what happened 16 years ago. Visit soon for me to see you. We are waiting for you. You have 2 sisters and 2 brothers."