A Birth Photographer Just Shamed a C-Section Mom, Igniting the Fury of the Internet | 22 Words 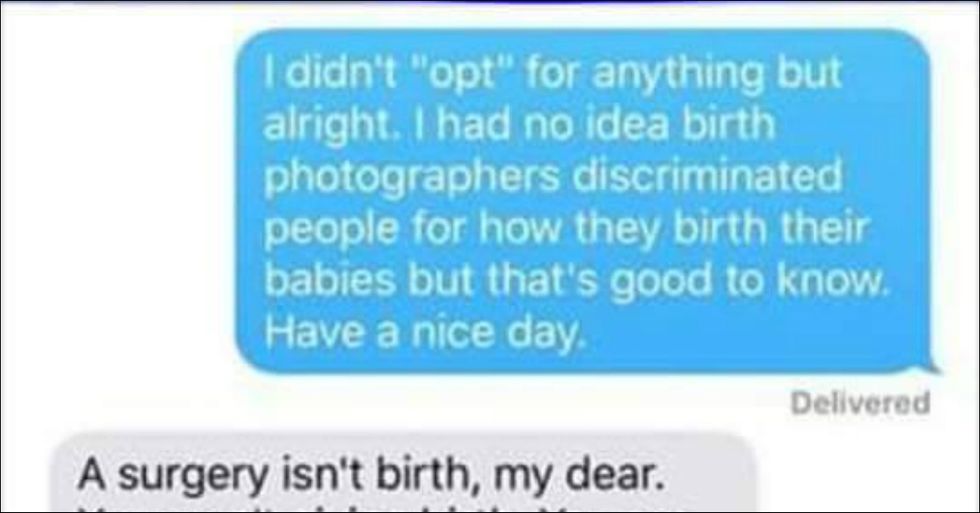 A Birth Photographer Just Shamed a C-Section Mom, Igniting the Fury of the Internet

Get ready to have your blood boil, because a screen shot of a text message between a mom-to-be and a birth photographer is going viral as it's infuriating moms (and fellow birth photographers) across the Internet.

To clarify, a birth photographer refuses to take on a client who will be having a c-section. Why? She insists it’s “not childbirth."

Not much is known about either person involved in this exchange, but people on Facebook had a LOT to say about it.

This isn't the first viral shaming of a C-section, and sadly, probably won't be the last. But the moral of the story is all moms are badass — no matter how they go about it.