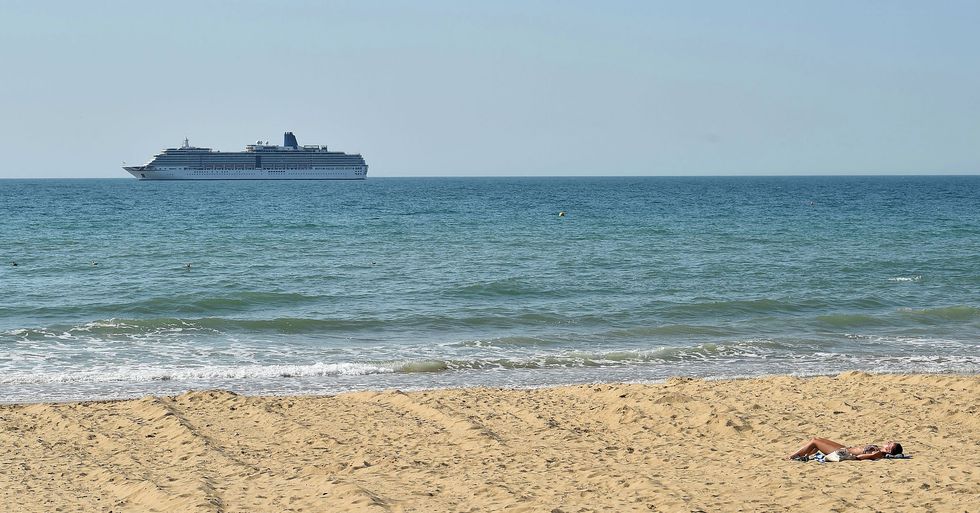 Just when you thought 2020 couldn't get any weirder, locals have been left disturbed after an unidentifiable, "alien" creature was found decomposing on a beach in the UK.

The pictures just can't be explained...

Multiple events have left us feeling like things couldn't possibly get any worse.

But things might just have escalated to the next level...

A 15-feet long sea beast has left locals perplexed after turning up on a British beach.

The creature in question was spotted on the Merseyside beach in Liverpool on Wednesday. The pictures are terrifying...

And still, locals have been unable to identify the animal.

Its furry skin and flippers were badly decomposed and covered in flies.

"It's very bizarre," said one man. "It's like a mishmash of different things in one."

And there could be more of them...

"It seems to have another creature attached, possibly via an umbilical cord, so it could have been giving birth."

Photos and videos were shared to the Ainsdale community Facebook page.

The man who shared them asked to remain anonymous.

Plenty of people had suggestions...

But nobody could identify it for sure.

One local woman who filmed the strange creature gave her own opinion...

And it's now been called the Ainsdale Anomaly.

Her first assumption was it was a whale of some kind.

"Some people think it's a cow or a horse. I honestly have no idea. My favorite theory is that it was a woolly mammoth or a crash-landed alien."

Personally, I think the alien theory would round off 2020 perfectly.

"It almost looked like an elephant too," she said.

The 32-year-old said the remains smelled so bad they almost made her sick.

"I didn't get too close because there were lots of flies and it stank."

I mean it was decomposing flesh...

"I made the mistake of going downwind as I worked my way around it and I nearly threw up."

But the body was even stranger than they first expected...

"It was badly decomposed. It looked like there were three big mounds of bodily areas, all slightly different and unidentifiable to me."

What could have possibly happened to this creature?

"To me, the body looked quite twisted with flaps of skin here and there."

And where's the head?

"There was no identifiable head, which was strange – possibly it was underneath."

"What I believe to be rib bones were sticking out the top side of it. It looked like there was a large spine and it seemed to me that the vertebrae were showing through the skin."

Perhaps it's something much more sinister...

A Natural England official has inspected the remains but was unable to move them alone.

The suggestions of what the creature really was, got stranger and stranger...

People guessed that it was once a walrus, a cow, a horse, and a donkey...

Whatever it was, I wouldn't want to see it alive.

Check out the video of the creature below...

What do you think, a horse with fins, or alien? For more bizarre news, check out the human-sized bat freaking everyone out...