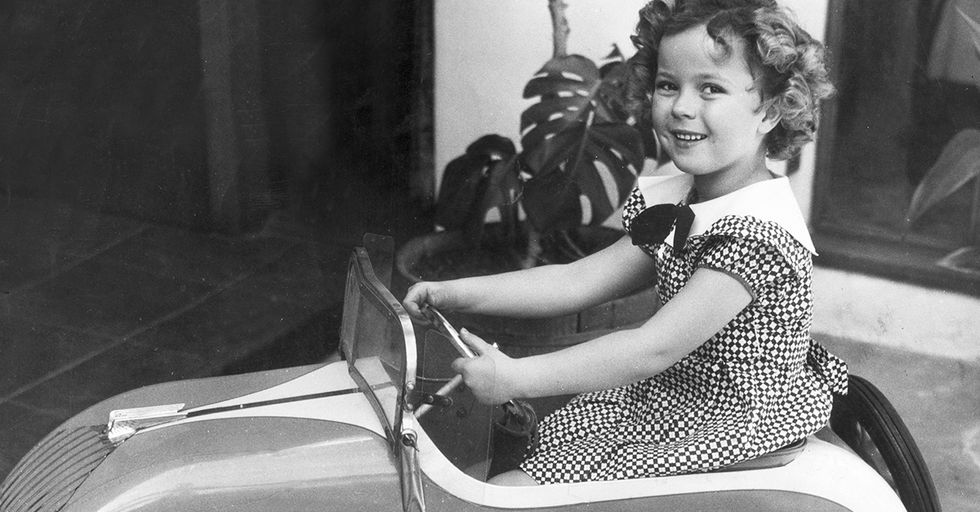 Many of us have often wished we were famous. We fall into the trap of believing that famous people have fewer problems and live their lives surrounded by admirers.

But we know that's not really true.

Fame comes with more than its fair share of challenges and struggles. That most evident in the cases of child actors, many of whom have lost money, freedom, or even their lives as a direct result of their involvement in show business from a young age. Here are 19 stories of child actors, ranging from the bizarre to the downright tragic.

After appearing in the Charlie Chaplin classic The Kid at the age of 6, Jackie Coogan became one of the first child stars in film history. (You might better recognize him as Uncle Fester from The Addams Family). As a child star, he earned an estimated $3 to $4 million. At the age of 21, he learned that all of his money had been completely squandered by his mother and stepfather on fur coats, jewelry, and expensive cars. He successfully sued them, which led to the enactment of the California Child Actor's Bill (known colloquially as the Coogan Act).

Gary Coleman was yet another child actor whose fortune was mishandled by his adoptive parents. He sued them (along with his former business advisor) for $3.8 million in 1989. The legal battle lasted for years until he was finally awarded $1.28 million in 1993.

People who grew up watching The Land Before Time will remember the cheerful character Ducky. She was voiced by 6-year-old actress Judith Barsi. Sadly, Judith and her mother were killed by her father in July of 1988.

Judy Garland had yet another tragic experience with childhood stardom. She was forced to work up to 18 hours a day at the age of 13. While under contract at MGM, she was pumped full of amphetamines all day and given sleeping pills at night. This led to lifelong struggles for her. This next child actor had a hard start but is now doing great.

After appearing in E.T., the young Barrymore quickly became a household name. Unfortunately, in the wake of this fame, she experienced a troubled childhood. She began smoking cigarettes at the age of 9, drinking at 11, and doing cocaine at 13. She went to rehab twice in her teens and also stayed in an institution for the mentally ill for 18 months. Eventually, she legally emancipated herself from her parents and turned her life around.

You'll best recognize him as Screech from Saved by the Bell, but that wasn't his only on-screen role. He also directed and released his own sex tape (called Screeched — Saved by the Smell). He also spent four months in prison after allegedly stabbing a man in a bar fight.

Foster's acting breakthrough came when she played a teenage prostitute in Taxi Driver at the age of 14. He performance drew the attention of John Hinckley Jr., who began stalking her during her freshman year of college. In 1981, Hinckley attempted to assassinate President Ronald Reagan in order to impress Foster.

Tatum O'Neal is the youngest Oscar winner in any category. She won the award for Best Supporting Actress at the age of 10 for her role in Paper Moon, which also starred her father, Ryan O'Neal. She later claimed that her father physically and emotionally abused her and that his drug dealer molested her when she was 12 years old.

Shirley Temple was plagued by rumors during the height of her popularity. One especially prevalent rumor was that Temple was actually a 30-year-old dwarf whose teeth had been filed down to look like a child's teeth. Fans also insisted that she wore a wig and would often tug on her hair when she appeared in public. Next up is one of the actors from the Harry Potter movies!

Jamie Waylett played the part of Vincent Crabbe in the first six Harry Potter films. In 2009, he was arrested for possession of cannabis and sentenced to 120 hours of community service. Things got worse for him in 2011 when he participated in the England riots and was found to have a Molotov cocktail. He was sentenced to two years in prison.

Producers of The Brady Bunch thought that little Susan Olsen's hair wasn't quite blonde enough and therefore decided to have her bleach it regularly. Unfortunately, the regular bleaching caused Olsen's hair to start falling out in clumps by the second season of the show. (After that, the producers agreed to leave her hair alone.)

Anissa Jones was known for her role as Buffy on the sitcom Family Affair. Her mother reportedly forced her to keep her hair in pigtails and dress childishly until she was 13. After her parents' divorce, Jones' father was awarded custody of her and her brother. However, he died shortly thereafter. Jones decided to move in with friends, but her mother reported that she was a runaway and had her jailed as a delinquent. She died of a drug overdose at 18 years old.

Fans of Zoey 101 might remember how things got a little complicated when the star of the show — Jamie Lynn Spears — became pregnant at the age of 16. The pregnancy forced Spears' career into hiatus, but something that got significantly less attention was the fact that her boyfriend at the time was 18 years old. Since he was two years older than Spears, he could have been charged with a misdemeanor in the state of California.

You'll recognize Matthew Garber as the little boy who played Michael in Disney's Mary Poppins. Sadly, he died at the age of 21 from pancreatitis. This next person is probably the first person you think of when you hear the term "child actor."

At the height of his fame, Culkin was considered to be the most successful child actor since Shirley Temple. Culkin has been estranged from his father for years. He says that his father abused him mentally and physically, and was also very controlling of his professional life. Culkin was arrested in 2004 for drug possession and was briefly jailed.

Blake began performing as a child, starring in MGM's Our Gang short film series from 1939 to 1944. He was also in David Lynch's film Lost Highway. In 2002, he was charged with his wife's murder, but was ultimately acquitted.

Muniz has suffered several concussions throughout his life, starting at age 7. He has also experienced at least 15 mini-strokes. As a result, he suffers from long-term memory loss and says that he doesn't remember starring in Malcolm in the Middle at all.

Biel's first big role was playing Mary, the oldest daughter on 7th Heaven. At the age of 17, Biel posed for a racy photo for Gear magazine. This led to her character being written off the show, which prided itself on its wholesome content. (Of course, considering the fact that fellow 7th Heaven alum Stephen Collins has since admitted to molesting minors, maybe the show's producers should have been a little more aware of the actual people who ruined the "wholesome" image.)

The actress who played Marcia Brady has said that she actually looked forward to scenes where her character needed to cry, as it gave her a way to express what she was really feeling. In adulthood, she struggled with bouts of depression, bulimia, and drug addiction. Share this with someone who appreciates glimpses into Hollywood's less-than-savory history!