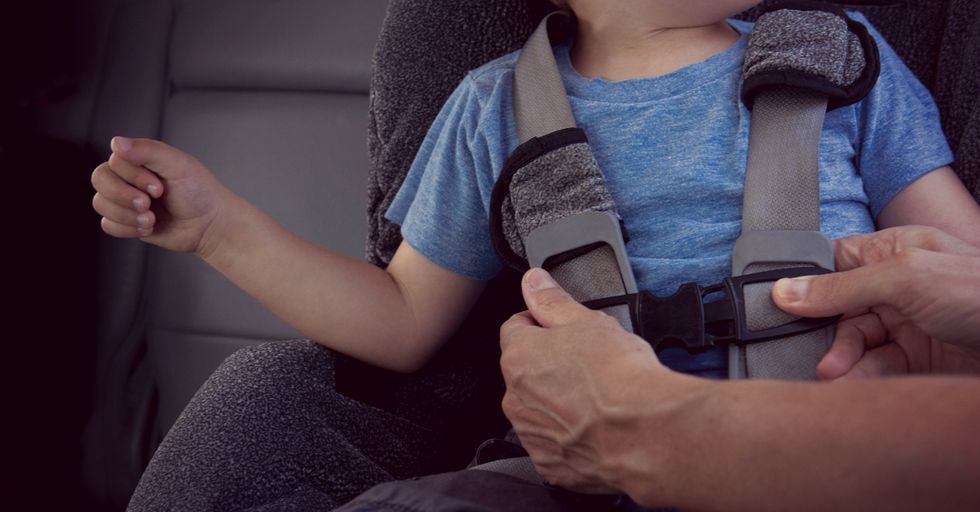 People Reveal the Bizarre Habits They Thought Were Completely Normal

Everyone grows up thinking they're (at least relatively) normal.

It isn't until you get older that you start to realize that there are some things you do (or your family does) that others...don't.

And that's totally OK! We're all a little quirky!

A recent AskReddit thread asked people to share quirky habits that they only noticed were kind of weird later in life. Some are super weird, while others are just downright delightful!

I yawn a lot when I get nervous. Didn't notice this until my Dad pointed it out. I would always yawn before any big game, public speaking, or job interview. I think people used to get pissed because they would think I was bored and uninterested. Now I try so hard to hide my yawns, but it doesn't always work. –boilersfan64

Not a great poker player.

I have a super expressive face and an unfortunate lack of awareness. When I think about something -sad, funny, happy, confusing, etc.- you can read it plain as day on my face which leads to a lot of awkward situations where I'm making a face that isn't appropriate for the situation. I generally didn't know how bad I was until my college roommate started pointing it out every time I made a face. Now I'm hyper-aware of the habit. Let's just say I should never play poker. –TiberBMoon

Hooked on a feeling.

When I'm in a clothing store, I touch all the clothes to see what they feel like. Even if I think it's ugly. –Probablyprofanity

Constantly cracking and stretching my limbs to relieve pain. First time it was pointed out as really freaky was my freshman year when I hyperextended my leg to the point that it looked broken. I freaked out the girl next to me in the gym so bad she swore really loudly. Then everyone wanted to see me do it and I was baffled that no one else could do it. Anyway, turns out I have Ehlers-Danlos Syndrome; a genetic disorder that affects the collagen production in my body making me very stretchy. –JennIsFit This next habit is one I'm pretty sure I have myself.

Doesn't everyone do this?

I audibly sigh when I sit down. I never even realized this until about a year ago when a roommate pointed it out. Turns out my father is a sigh-sitter too. –jonfishman

As long as you're comfy.

Apparently, I sleep weird. I usually sleep completely under the covers, head and all, with my arms kind of splayed over my head/face. –MericaMericaMerica

When I'm in a car, I'll plug the seatbelt in, tug on it, then lean towards the closest door. A friend of mine pointed it out after years of seeing me do it. I got in a bad car accident a month before my 18th birthday where the seatbelt popped out of the latch and nearly sent me through the windshield which caused me to do this. –gothicig

I rub my feet together or rub one on my bed when I lay down. I also bounce my leg up and down a lot when I’m sitting. It’s all kinda uncontrollable, and I happen to notice it only when someone asks me to stop or when I’ve been doing it for a while. Not quite sure why I do it, but it feels good to do it. I try not to do it when I’m in bed with my fiancé or when I’m sitting on a bench with other people because it might disturb them. Sure as hell annoyed my mom when I was growing up. –xgengen

At least you probably have good posture!

Having my driver seat straight up. I don’t like slouching when I drive, and friends comment on how straight the back is. –museumtears18 This next habit is actually a pretty good tip that I may start using.

Are we done talking?

I was not aware of it, but when I get to the point where I want to end a conversation, I place the palms of my hands on the underside of the opposite arms and slide from elbow to palm. Not intentional. SO pointed it out. I said, "And that is why I will never play poker." –EatingTurkey

I will eat without saying a word. I also tend to eat really fast. I am former military, and we didn't have a lot of time to eat so we would just eat our food, chug our beverage and go back to work. My last girlfriend and I went out to dinner and while I was eating she asked me "why don't you ever have a conversation while you eat?" It then occurred to me she was right. –Conspicuous1141

I always naturally avoided EVERYTHING lavender. Tea, cupcakes, body wash, shampoo, and incense. Like I would go out of my way to avoid it without thinking. Recently a friend pointed it out, and I thought "f**k it, I should try some lavender sh*t, I don't know why I don't like it anyhow." Turns out I'm very allergic and swell a lot if I come in contact with anything lavender. –SederickEX

Come on and slam!

Apparently, I slam car doors unusually hard. Had a coworker pull me aside and tell me that another coworker who I frequently got rides with had mentioned it to her but didn't want to say anything. I've tried to be less forceful with my car door closing since then. I think I just want to be sure it closes properly, so I shut it hard. –ihopeyoulikeapples

I never figured out how to properly drink fluids. When I drink something, I keep the fluid in my cheeks like a chipmunk, then swallow it. It took one of my friends pointing it out to me to realize that it wasn't normal. I can't "chug" stuff because it ALWAYS makes me gag and choke, so that's how I've always drunk things. Taking pills sucks. –SheZowRaisedByWolves This next person has a weird conversational quirk.

I never really noticed it, but I never make eye contact when I'm talking to someone. It's not like a nervous thing I just never do it, so I really have to focus if I'm at a job interview or another important event. –muiskiannotmusician

That's the first thing I noticed when I got glasses, too!

Not a habit, but up until fifth grade I thought seeing things as blurry was normal. I had no idea people saw the leaves on trees. It was trippy walking out of the glasses place for the first time. –edgeofgreatness

Did you say sorry for saying "sorry"?

Apologizing for everything. I thought I was being polite and normal until a friend pointed it out and said how annoying it was. –BeardTyke7102

The robots will kill you last.

I say "thank you" and "you're welcome" to machines like ATMs, fuel pumps, and my Google Home when they thank me for using them. I also say goodbye to my apartment when I leave for work. Now that I'm typing it out I realize how weird that is. Still gonna do it though because it seems polite. –ShakeBunny100489

I sniff every new thing I eat or drink. Doesn’t matter if it’s soup, pasta, beer, sandwich. If I’ve never eaten it before, it’s getting sniffed. Didn’t even realize I did it until my boyfriend pointed it out. –femmeashell This next quirky habit is also related to food.

Such is my excitement when receiving food from a waiter; I sing "yum yum yum yum’" under my breath as they put it down in front of me. Didn’t realize it was weird until my partner pointed it out while barely containing his laughter. –frankiejm

When I am listening to what you are saying, I lean forward and point my good ear toward you. I am hard of hearing because of an accident. People either think I am not paying attention because I am not looking them in the eye, or they think I am autistic/shy. I got called out on this by my boss at work. Something about being trustworthy and respectful blah blah. I couldn't understand what he was saying because he made me look him in the eye instead of pointing my ear at him. –Dorkules

If it works, it works!

I hum "La Cucaracha" to myself when I get anxiety. Never realized I did this and my BF pointed it out last year. I'm a white girl, I don't know why. –Razzail

Probably not the healthiest habit.

I thought it was normal to have a nightcap every night. My mom and dad would take two shots of whiskey each before bedtime, and I started doing the same from about age 15. It was only when I was about 37 and had my first girlfriend that I did this in front of her two nights in a row, and she was weirded out the second night and told me it wasn't normal to take shots every night. –GenevanSteven

I would have loved to see that reaction.

I live alone. The last thing I do every night as I lock the door is turn to my cat and say, "I've locked the door, now we won't be murdered in our sleep." I say it so when I'm lying in bed and can't remember whether or not I locked the door I can remember looking at my cat and saying that instead of having to get up and check. I said it while my mother was visiting and she looked at me like I'd just said I habitually kick puppies. –MoscaMye This next person has a habit of zoning out. We've all been there, right?

Staring blankly while holding still for minutes at a time. I just daydream/get deep in thought a lot. It creeps a lot of people out though. –BirdNerd01

I used to enter my car head first instead of butt first. It feels more natural to me, but I switched the habit when someone pointed out how weird it is. –PM_Forearm_Pics

When I’m ending an observation or concluding a thought, I do it in triplicate. “I don’t know... it’s weird, it’s weird, it’s weird." My friends used to mimic it to tease me, and I didn’t even realize it was about me. My mom will wait if I only say something twice, then tell me to go ahead. Then I say it the third time, lol. –selkieskinned

One at a time.

Whenever I have a meal, I always eat one food first and then go to another food. Like if I had stew, I'd eat the beef parts first then potato. –thedancingpoodles

This is actually adorable.

If I enjoy the food I'm eating, I hum while I eat it. I'm never aware of this; I'm only ever told if I'm doing or that I was. My son does it too. –magpieasaurus Share this with someone you know who also had an interesting quirk!