The Most Bizarre Yet Informative Tumblr Posts Of 2019 | 22 Words 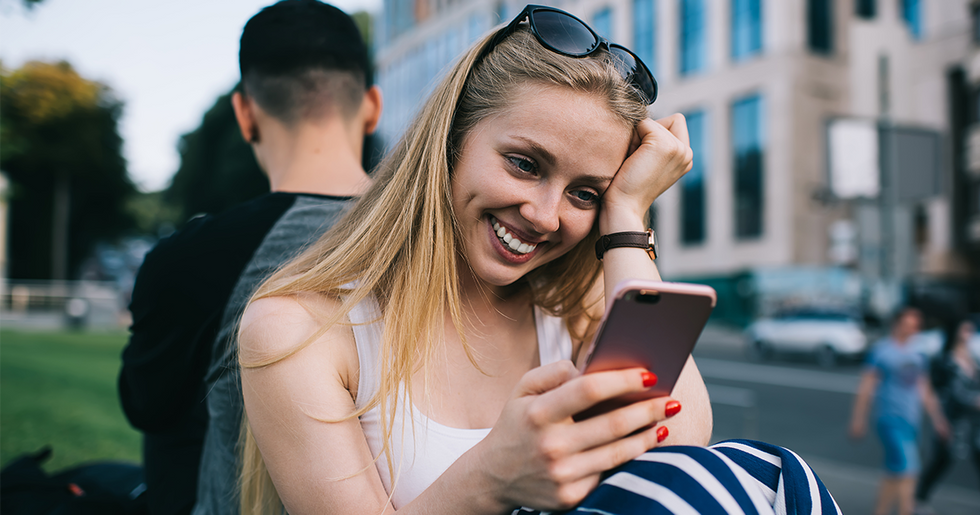 The Most Bizarre Yet Informative Tumblr Posts Of 2019

For all that Tumblr as a website is filled with some of the weirdest stuff out there, it can also be oddly knowledgeable. And what's a better way of learning new things than with a healthy dose of humor? That's the magic of a bizarre yet informative Tumblr post, and 2019 was filled with them.

Users on Tumblr are uncovering weird facts all the time, from language quirks to wild animal antics! Of course, you can't discount facts about the world's most popular mammal: the human race. Because obviously, we do some truly bizarre things--including eating poisonous plants for pleasure! Sometimes, how we evolved thus far is a mystery.

So check out 2019's most bizarre yet informative Tumblr posts, and be ready to laugh!

This hot take on language:

Take it from academics: you don't always have to take everything so seriously when it comes to language. It's all made up!

For those who haven't read the book, this is basically the way it goes. Honestly not sure what Frankenstein was expecting with this one!

Really, who named all those violin parts, anyway? Did they even know what they'd done?!

Take note of this important distinction...and enjoy the ridiculous pun!

You can be nostalgic, or you can live the nostalgia!

Just because time has passed, doesn't mean you have to limit yourself. Be the 1700s French revolutionary you want to see in the world!

Why did nobody ever tell us this?! Well, I guess it is really gross...still, this is a weird way to find out!

Is this really a fact, or is it actually the leaked plot of the next Planet of the Apes movie?

Now you can make one for yourself! One genuinely cool thing about Tumblr is how much DIY stuff you can find there.

This seems wrong in more than one way...

But, fortunately, we've got some delightfully stubborn people out there determined to stop it!

Remember doing these exercises in school to learn about genetics? Well, now we've got this horror show to remind us!

The truth behind the lyrics:

I mean, that would make "Hotel California" literally the best and most iconic Yelp! review of all time.

Hector deserves a round of applause!

I honestly wish I'd thought to be this carefree and yet painfully accurate with my essay-writing in school!

Truly, the story of the lost colony of Roanoke is fascinating--but seeing it put like this, you've gotta laugh!

We could've had it all.

Petition to start answering phone calls by loudly saying "Ahoy!" in a funny voice, thus making it a permanent trend.

Mozart had some crazy skills.

And put in the context of the famous Smudge the cat meme, Mozart's history is also totally hilarious.

The dichotomy of lines from a goofy kids' show mixed with encyclopedic facts is kind of impressive!

The Ancient Greeks were such a MOOD.

Pretty much any work of literature, be it Greek epics or Shakespearean plays, is relatable if you can translate it into "modern" speech.

Ready for this niche joke?

An abridged explanation of Michael Foucault and post-structuralism- told via the concept of knuckle tattoos.

The mental image here is great.

NO, lions do not have the properties of a trampoline built into their legs! But the idea of it is hilarious.

The best Tinder profiles ever:

I knew people could bleed, but a sword that bleeds out the blood of its victims is a new one. YIKES.

Check out this Squidward discourse (yes, you read that correctly).

It took Tumblr a very loooooong time to declare that Squidward J. Q. Tentacles is, in fact, a giant octopus.

Animal behavior, described by the experts:

So there we have it, folks: rodents, too, are super relatable. I would totally go into a comfy box and eat free pizza.

If you're ever near the ocean, this knowledge could actually save your life. It's just framed in a humorous context.

For a brief time, Kentucky rained red meat. Wait, is that one of the plagues of the apocalypse?

These nicknames are brilliant.

I'm not sure why, but jokes that play off of fact (hunting and gathering, systems of measurement) are just so funny!

Because in case you didn't know, The Lion King is pretty much just Hamlet but with lions and G-rated language.

For those interested in learning: be prepared to say a lot of vowels any other way than how you'd think they're pronounced.

Why people had court jesters:

Kings in the year 1000 were just like, "Hey, servant! Roast me." Good to know medieval rulers could take a joke, I guess!

How experts really feel about Freud:

So annoying and wrong that the field of psychology developed in order to prove me wrong: the Sigmund Freud story.

So, what I'm getting from this is that for two decades, Cuban dictator Fidel Castro lived inside an episode of Looney Tunes.

When you set up your own diss:

Bless whoever responded to that post with "basic," a joke that immediately transports readers to 7th-grade science class.

Here's religious humor that anyone can laugh at:

Cain really thought he was gonna lie to God's face, huh? Sure, Jan.

It's amazing how people today can describe something that happened thousands of years ago with only a screenshot of Pikachu.

That pair was...not the brightest bulbs in the pack. And seriously--that weird celebrity-sponsored tea is nasty.

There's a first time for everything.

Including learning weird idioms that nobody really takes the time to teach you; you've just gotta learn as you go!

No, this post shouldn't be informative, and yet for some people, it is! That is...a disturbing thought.

Translations in different languages are usually fascinating, but in this case, they're just full of CRINGE.

All that talk is boiled. Boiled, I tell ya!

Otherwise known as that time Charles Darwin dragged himself through his own science experiment.

Oh, sure, just trick an ant into thinking she's dead. At least she got to make a grand entrance back at the colony like, "I bet you thought you'd seen the last of me."

Can you imagine your name just being translated as...silence?! That's kind of incredible.

The truth about hexagons.

Hey, it's just kissing! They're not hurting anyone!

And finally, proof that we, humans, are WEIRDOS.

Sure, we could have gone for boring old harmless plants to fuel our favorite foods, but where's the fun in that? Humans live life on the edge! Share these hilarious revelations of 2019 with your friends--or even if you just really want everyone to answer the phone by saying, "Ahoy!"