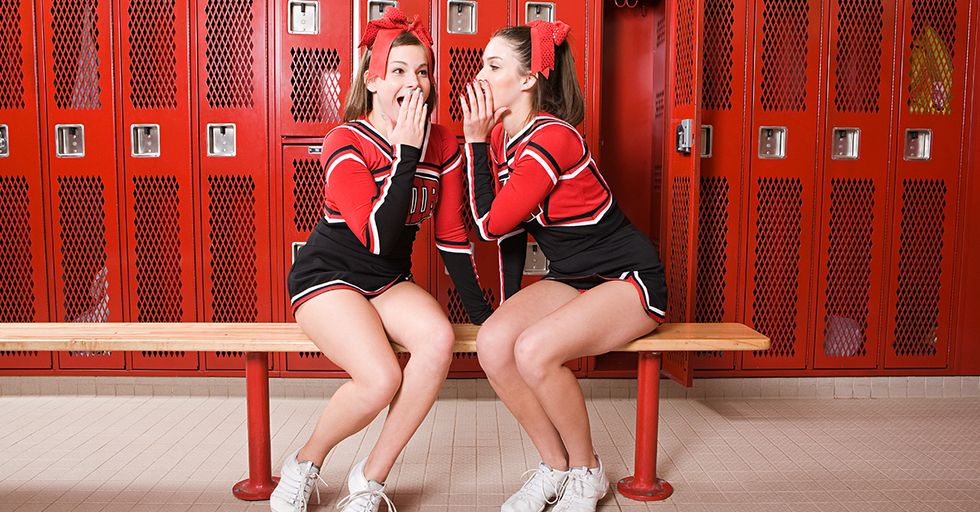 Hollywood is a very peculiar beast, isn't it? Particularly when it comes to teen movies. Even though screenwriters have (presumably) all been teens at one point or the other, they persist using a few very odd tropes.

Here are 20 of the most egregious culprits.

1. Loitering in the hallways

Everyone knows that you have a limited amount of time between classes to switch out books and other equipment. So why then do teens seem to spend so much time in the hallway in movies? It truly is a mystery.

It seems like TV teens are always at house parties – even the geeks. We don't know about you, but for many of us, high school was a very chill time, and parties were few and far between.

American kids don't drink that often, particularly Gen Z. In fact, gone are the days you could ask a kindly stranger to buy you a beer at the convenience store. There are all sorts of laws against that.

4. Everyone is super pretty

Seriously, where is all the acne? Adolescence is literally the worst, what with all the hormones and such, yet you would be forgiven for thinking it's a breeze of good looks and swagger, after watching teen shows.

5. Everyone looks damn near 30

Because they are. Some actors are even in their early thirties – gasp. No wonder kids get poor self-image after watching teen shows. How can you compete with a full-grown adult that's already gone through puberty?

6. Cheerleaders are always in their uniforms

This one actually has a ring of truth to it. We remember cheerleaders in our school wearing uniforms on game days.

7. The jocks are always dumb

Not true. Many athletes are also fine scholars. On the other hand, football does damage your brain, so...

8. The teachers are always involved

With school overcrowding and low teacher pay being what they are, gone are the days where teachers kept track of all their students. They do try, but it's super hard these days.

When last did you see/hear of a teen club? Never? Yeah, us neither.

Umm, American teens don't drive anymore. They don't even get learner's permits – at least, as compared to earlier generations.

11. They always have keggers

Did you ever see a keg during your high school years? If so, good for you! But again, Gen Z doesn't really drink, or smoke, or have sex. Speaking of which–

The teens in American TV shows tend to have very spicy love lives – which is a complete exaggeration since teens don't have all that much sex anymore. The average girl now loses her virginity at 17, and boys do so at 16.

That used to be a thing, but not anymore. Americans are giving up milk in greater and greater quantities now – much to the dismay of dairy farmers.

Another fallacy here. Middle schoolers tend to decorate their lockers. High school lockers are for books and old socks.

Ever notice the cool girl always hangs up her phone without saying goodbye? Yeah, that's not a thing. Also – that's just rude.

In every era, one is chosen... Okay, not to go all Buffy the Vampire Slayer, but TV teens tend to be extremely kick ass. Most teens, however, don't even know how to throw a basic punch. For the record, neither do we.

Yes, the Parkland kids are blazing trails wherever they go, but for most average teens, public speaking is neither a forte nor an enjoyable task. Remember, the hormones make you super self-conscious.

18. Have an amazing sense of style

The teens on television are always dressed to the nines. Coordinating outfits, accessories galore. When last did you see a 16-year-old who knew what a fascinator was?

Sure, everybody THINKS they're cultured and suave, but on every given show, there's that one kid that's conversant in Latin and knows how to reverse engineer an artificial intelligence. Okay, Hollywood.

This is specifically a trope that relates to girls. They always have super clean, super pretty rooms. Here's the thing – girls are messy too! Share this with your friends who might not realize all the bizarre things TV kids do!