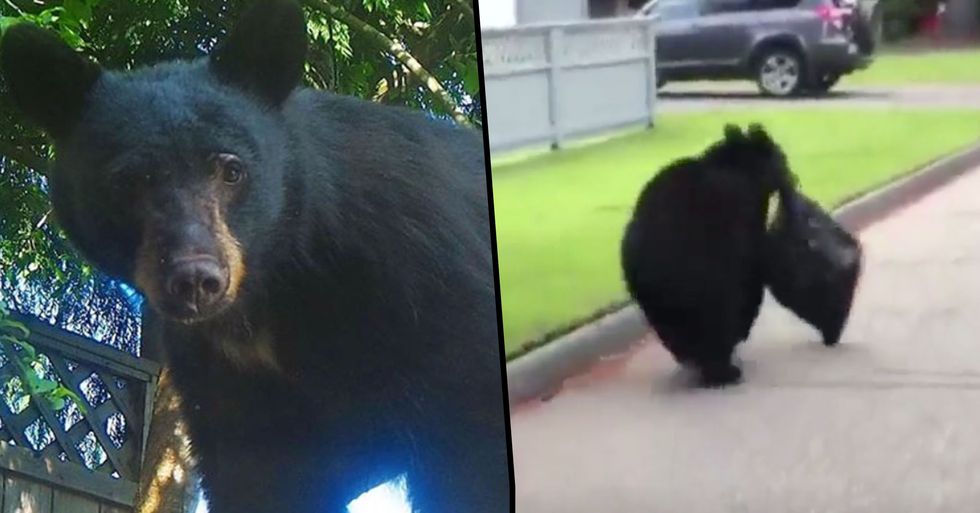 Human interaction with wildlife is increasingly becoming a problem, with people wanting to interact, feed, and even touch wild animals all for the sake of their own gratification and, more often than not, for social media.

In usual cases, wild animals keep their distance from humans and heavily human-populated areas for the obvious reason that they are animals that do not want to be touched or bothered. They want to go about doing their own thing, as their instincts tell them to.

But some people just can't resist interrupting a wild animal. The more human interaction that an animal experiences, the more reliant that animal will become on our species. A black bear recently fell victim to this bothering, and the consequences are heartbreaking.

The Black Bear is native to North America and is one of the continent's smallest and most widely distributed species of bear.

The bears are popular in national parks and forested areas.

Scoggins Valley Park in Oregon is a popular home to black bears and many reside in large and secluded areas such as these.

Bears have a shy and gentle nature...

Despite their size and their rather intimidating claws and teeth, bears are generally shy and gentle animals. They tend to avoid human interaction as much as possible, but with them being animals that have to search for their food, they will be easily bribed with any kind of food that a human may have to hand.

... When one of us human beings is stupid enough to invade their territory and get way too close to their personal space. Experts say that bears have something called a "critical space." This is an area around them that they may try to defend; when something enters this space, the bear is forced to act - to either run away or become aggressive.

Each species of bear has evolved strategies for survival.

For instance, grizzly bears often reside in habitats far away from heavily populated areas that don't bring a lot of human interaction, such as heavily wooded forests or lakesides. Black bears, on the other hand, are much more tolerable to human interaction and aren't as aggressive towards our species in the way that grizzlies are.

This doesn't mean that us humans have the right to interact with them, though.

A black bear's tolerance towards human beings certainly doesn't mean that we can bombard their space and interrupt their daily instinctive activities by feeding them whenever we feel like it.

A black bear has recently fallen victim to this exact thing.

People may often think that they're doing the right thing by leaving out food for a baby black bear that appears to be by itself. They will pity the "cute baby bear" and feel justified in leaving junk food on the side of the road for it to eat... this should not be the case at all.

This little bear is called Huckleberry, from North Shore, Vancouver.

Due to its gentle temperament, members of the public began leaving out food for the bear to eat.

But this is not a good idea.

And is, in fact, thought of as something of a death sentence for any wild bear.

Because once they're used to human food?

Black bears can quickly become reliant on these scraps and unable to fend for themselves.

"Huckleberry, our journey together began on July 2. You were eating scraps from an organics cart – the enclosure had been left open."

"Even though you were eating, you were very easy to move on."

"The next time we met, you were at the roadside eating berries."

"As we walked you back to the forest, you stood and sniffed a garbage can. We used a firm tone and told you to leave – you listened."

"As you walked away, you left a bright pink scat full of huckleberries! We were so proud of you for eating natural foods, despite all the tempting treats residents had left available to you. From that moment, we named you Huckleberry!"

"We met you many times and often you would roll your tongue out at us to smell the air as we walked together back to the forest. We knew you remembered us."

"Residents told us you passed through their property, but you were easily moved on. You were such an easy-going, calm bear. The perfect Deep Cove resident."

"Reports started coming in of you finding easy rewards from garbage and organics carts."

"People admitted they allowed you to do that for a video and they neglected to move you on...a death sentence. If only people had used a firm voice with you, you would have listened. Or respected you enough to not have any garbage or food scraps accessible in the first place. We did you a disservice, Huckleberry."

"On July 31st you were eating berries at the edge of the forest."

"We headed out to make sure you were not being crowded or chased by dogs. By the time we reached you, you were being followed by residents who wanted a video of you eating organics from an unlocked cart."

"Due to the crowd of people, it wasn’t safe for us to move you on."

"When you finished eating, you calmly walked by and left our gaze. That was the last time we saw you."

"Later that day you were tranquilized by the Conservation Officers and taken away to be killed."

"You were willing to coexist, but people were not."

"You showed us every time we met that you were a good-natured bear..."

..."we are deeply sorry that we couldn’t save you."

"We’ll always have a place in our hearts for you, sweet boy."

RIP to Huckleberry! Want another black bear story? Scroll on...