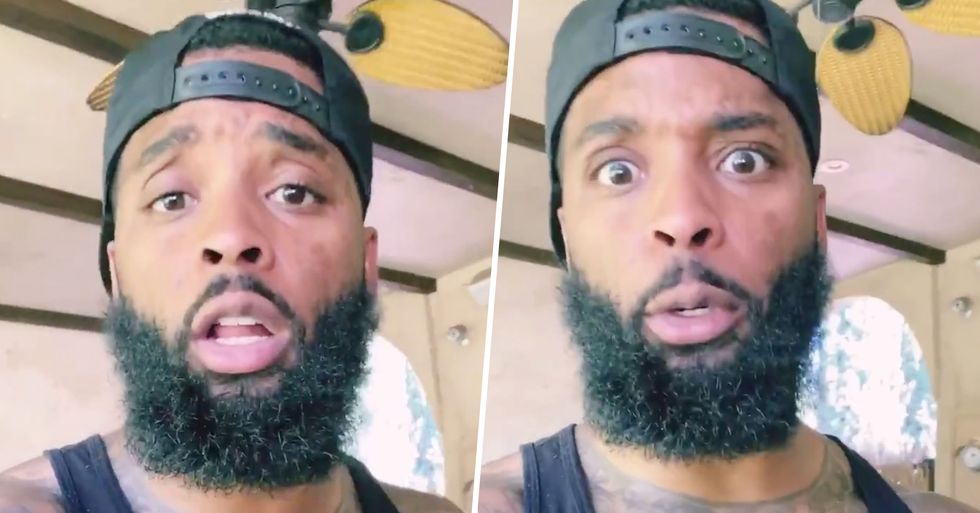 Annie Walton Doyle
Black-ish star and Comedian Keraun Harris has gone viral this week with an inspiring story of allyship.

But, sadly, there have been some instances of police officers continuing to spur on this message of hate.

I know, it's painfully ironic, isn't it?

Police brutality has been happening in this country for centuries now...

And black people have proven to be the more popular target for these disgraceful cops more than any other ethnic group.

So, amid all the awareness the BLM protests have raised regarding the issue...

You'd think that these police officers would have taken a step back to evaluate their actions, right?

Because, this week, yet another horrifying instance of racially-motivated police brutality has emerged.

Except this one has a happy ending.

And it was shared on Twitter by Keraun Harris.

Comedian Keraun Harris took to Twitter to tell his story.

"I just got pulled over, and for the first time, I watched a white woman record my whole traffic stop," he explained.

"As a black man you're used to this, you always guilty until proven innocent."

"I'm just sitting in my car waiting and as I'm waiting, I look to the left and I see this car parked and it's a white woman in the car."

The woman was recording the traffic stop on her phone.

"As a black man, you're not used to your allies," Harris said. "But we really got allies now." And people on Twitter are loving the story.

@Kingkeraun This 61 year old white woman ally would totally record that stop if I saw it. Of course you've got alli… https://t.co/CDnorndKdm
— Pamela LaPier (@Pamela LaPier)1596563643.0

Here's the video that got the whole internet talking.