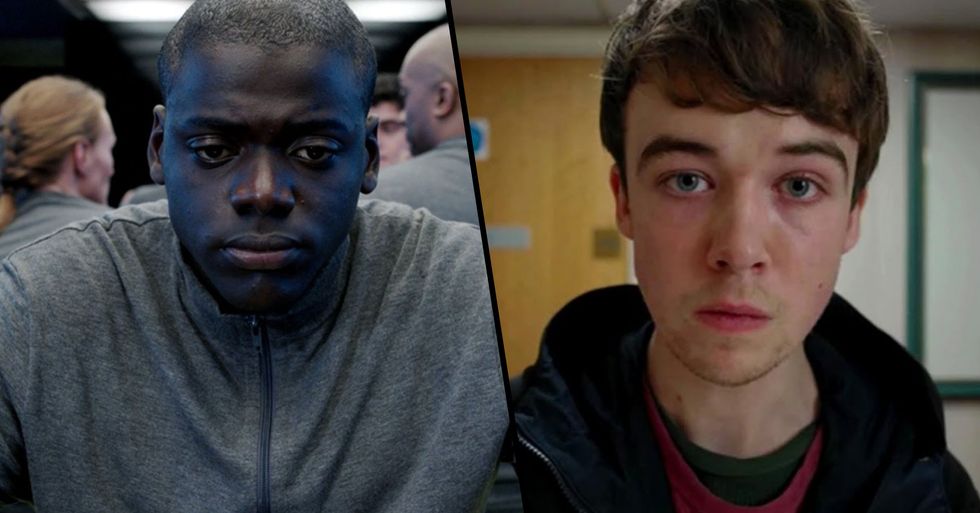 Season 5 of Black Mirror gave us 3 new episodes, starring the likes of Miley Cyrus, Anthony Mackie, and, surprisingly, Topher Grace. If you're wondering why season 5 only consists of 3 episodes, blame "Bandersnatch," Black Mirror's choose-your-own-adventure style episode that dropped late last year. Apparently, that was a shocker to produce.

With some new details about Season 6 recently released, we thought, what better way to celebrate than to take a trip down memory lane? We're counting down to our favorite, most twisted, most watch-through-our-fingers, episodes of Black Mirror yet before revealing what the creator had to say about filming a new season.

Let's head straight into some of Black Mirror's most iconic episodes...

Don't worry if you've never watched it before. This little anthology will guide you to the best of the best so you can be up to speed with the rest of us on the weird and wonderful world that is Black Mirror.

What a way to kick off this excellent series? This episode is unlike any other Black Mirror episode - and you know what? That might be a little bit of a bad thing...

Why? Because it just doesn't feel like Black Mirror.

The "pig sex" episode, as it's now known (by me), just feels like a normal story about something that could happen today, not in the near future. If there was a headline tomorrow that said "Trump Has Sex with Pig Because of Russian Extortion," I really wouldn't be surprised.

I suppose this episode does well to redeem itself in its closing moments, even though it started off a little slow. Young Kenny finds himself doing the craziest tasks just to protect himself from a lewd video of himself getting posted online? It's a good one to get your teeth into.

"It's Tinder, but Black Mirror!". A fine line between dreams and reality...

Crocodile is right there on the cusp of greatness. Mia tries everything to stay within the little suburban Utopia that she's created for herself. But an outstanding performance from Andrea Riseborough couldn't quite save the absolutely bonkers plot of this episode that leaves viewers asking, "what is going on?"

This is the scariest episode of Black Mirror ever in terms of raw horror. Directed by Dan Trachtenberg, "Playtest" is a literal hour-long nightmare. And we're totally here for it!

Okay, can we talk about how this episode predicted the future? I know a lot of Black Mirror episodes aim to do this in a way, but there's actually a social merit system being implemented by the Chinese government right now and we should all be terrified.

The reason that this isn't rated higher is because it feels like a trial run for another episode.

But nonetheless, it's a good one to add to your list.

This episode has everything.

It's got humor, it's got adventure, it's got heartbreak, it's got the creepiest protagonist ever. I hated every second of watching it - like any good episode of Black Mirror will make you do.

Nope. No. Just no. This is the first episode of Black Mirror that I watched, and it messed with me in the most specific way.

The scene in which the couple is having sex while playing back memories of their previous experiences in bed...

Just... *Italian chef's kiss*. It's so horrifying that I wanted to break up with my man just to prevent this inevitable reality from happening to us.

After watching all of these terrifyingly twisted episodes, we can't help but start comparing things...

It seems as though we've been plunged into our own episode of Black Mirror given the current pandemic.

So you would think this would be the perfect climate to film Season 6, right?

Well, obviously having too many people in the same place would be problematic, but the global setting would be an ideal set for a new episode of the series.

However, the creator doesn't seem to think so.

Charlie Brooker gave Radio Times an update on the next installment of the anthology-based TV show.

"I’ve been busy doing things. I don’t know what I can say about what I’m doing and not doing. At the moment, I don’t know what stomach there would be for stories about societies falling apart, so I’m not working away on any one of those [episodes]. I’m sort of keen to revisit my comic skill set, so I’ve been writing scripts aimed at making myself laugh."

But if the new season turns out anything like the previous one, we're in for a treat.

Black Mirror has won the Emmy for Outstanding Television Movie for 3 years in a row thanks to the episodes “San Junipero," “USS Callister," and “Bandersnatch."

Even though we might have to wait a little longer for the new episodes, let's just be grateful that we can binge-watch all the other seasons on Netflix while we wait. Keep scrolling if you want to see a full list of shows you can get your claws into in the meantime...