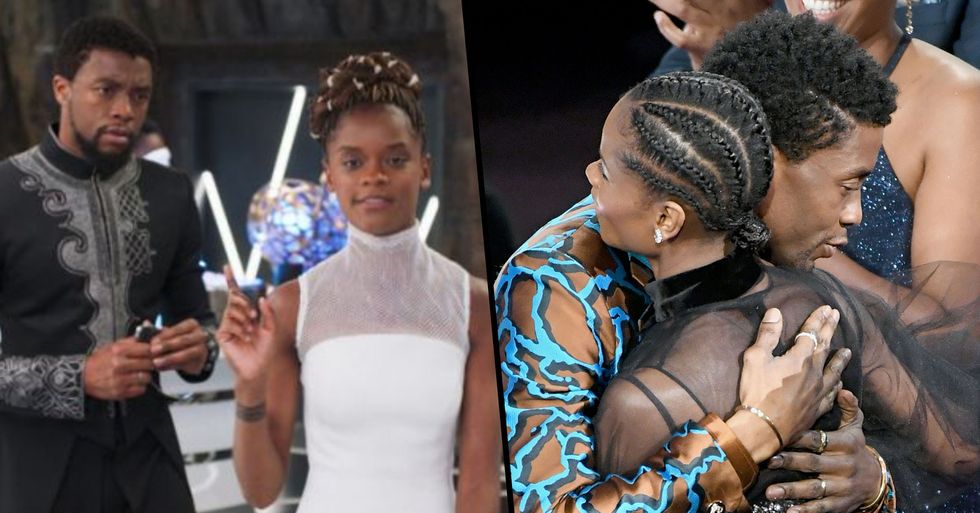 Following the heartbreaking loss of Black Panther actor, Chadwick Boseman, tributes have been flooding in from all around the world.

But one, in particular, is breaking the internet's heart today.

The world was shaken this weekend.

The tragic news came in over the weekend that Chadwick Boseman had passed away.

Tributes began to pour in for the late star.

But there has been one, in particular, that has many feeling moved.

It comes from Letitia Wright.

The actress played Boseman's on-screen sister in Black Panther - and her eulogy to the star is nothing short of heartbreaking.

In such a strong line-up of actors and actresses, we saw the fusion of old and new black actors including Michael B Jordan, Lupita Nyong'o, and Letitia Wright.

With many pointing that although Boseman was set to star in the upcoming Black Panther movie in 2022, he was also preparing for other roles in between.

He wrote: "All I have to say is the tragedies amassing this year have only been made more profound by the loss of #ChadwickBoseman. What a man, and what an immense talent. Brother, you were one of the all time greats and your greatness was only beginning. Lord love ya. Rest in power, King."

St Jude's Children's Hospital were also among those paying tribute to the late star.

During which they revealed that he visited terminally ill children during his own secret cancer battle. "We are deeply saddened to hear of the passing of our friend Chadwick Boseman," they began.

"Two years ago, Chadwick visited the St. Jude campus and brought with him not only toys for our patients but also joy, courage, and inspiration. "He was an incredible role model for our patients and children from all around the world. Our thoughts are with his family and friends at this time."

At the time, St. Jude's posted more photos from the visit.

And after seeing them once again, 2 years on, reactions from fans have come in strong.

@StJude @chadwickboseman Such a huge loss in so many ways. While going through his own struggle against cancer, he… https://t.co/JkAxKqDm8a
— Christopher Biddle (@Christopher Biddle)1598722984.0

What a truly amazing man.

But perhaps the most heartbreaking tribute of all came in today.

She is clearly missing her on-screen brother very much.

"This hurts. I'm trusting God to heal old wounds. It is also written that all things are made new, there is light in the darkness."

"Streams of living water flow, giving new life. And all that's left now is for us to allow all the seeds that you have planted on the earth to grow, to blossom, to become even more beautiful."

"You're forever in my heart."

"You told me that you were my brother and I am to love you as such and I always did and I always will, but now my heart is broken, searching for old messages of exchange, cards filled with your handwriting and memories of you holding my hand as if it was for eternity." Tragically, Boseman isn't the only star we've lost in 2020. To celebrate the lives of all the celebrities we've sadly lost this year, scroll on...