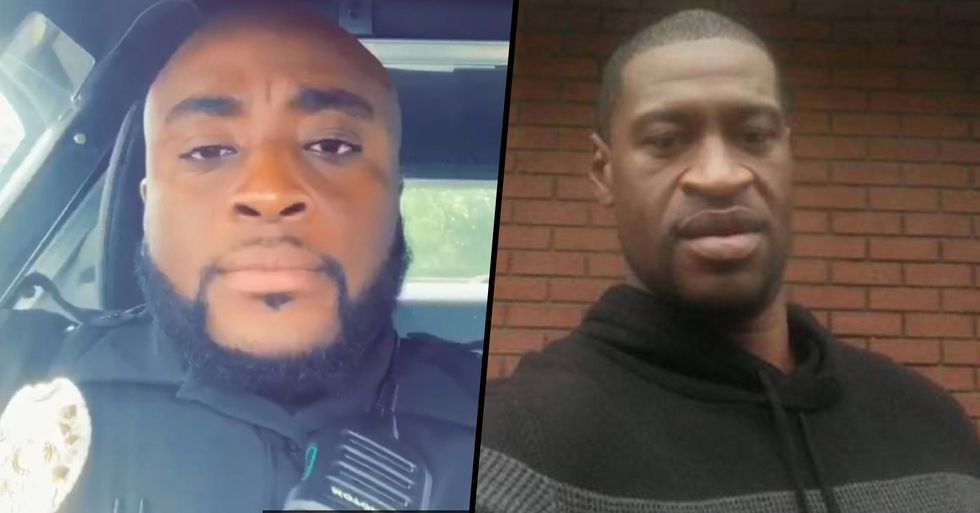 The world was shaken when the original footage of George Floyd's murder went viral. But now, a shocking story has emerged from the Greensboro Police Department in North Carolina...

Officer Williams spoke out about the death of Floyd in a recent TikTok video.

But it seems to have had massive consequences for the police officer.

In the clip, he condemned the treatment of George Floyd.

And in doing so, got on the wrong side of his police department.

As a fellow officer...

It seems fitting that he could talk about what procedure you should follow - and what the correct behavior is.

But, he has since given fans an update on his situation.

And people are shocked, to say the least. Their reason behind the decision is astonishing.

People are saying it proves that systematic racism is very much still rife.

A TikTok recently went viral of a Black police officer condemning the treatment of George Floyd.

In the viral video, Officer Williams addressed the situation using facts, stating: "Guy on the ground, he’s laying on his stomach, he has handcuffs on. There’s four of y’all, one of him. Who has control of the situation?"

He went on to point out that part of the job of law enforcement is to be a first responder.

And now, Greensboro Police Department, where he worked in North Carolina, has reportedly fired him because they claim his video was a violation of department policy.

He revealed he had been on administrative leave for the past 2 months while the department did an investigation into his video.

Following the completion of the investigation...

He was relieved of his duties, a move that made him "upset" and "confused."

After announcing the news online...

I can’t believe they fired Officer Williams a black officer who went viral on TikTok for speaking out against Georg… https://t.co/OhUEoBBtJs
— Thick and Thired (@Thick and Thired)1597786230.0

Support for Williams came pouring in.

The officer’s family has since started a GoFundMe page to help support Williams as he seeks legal representation.

You can check out the GoFundMe page here. For more from #BLM, scroll on...