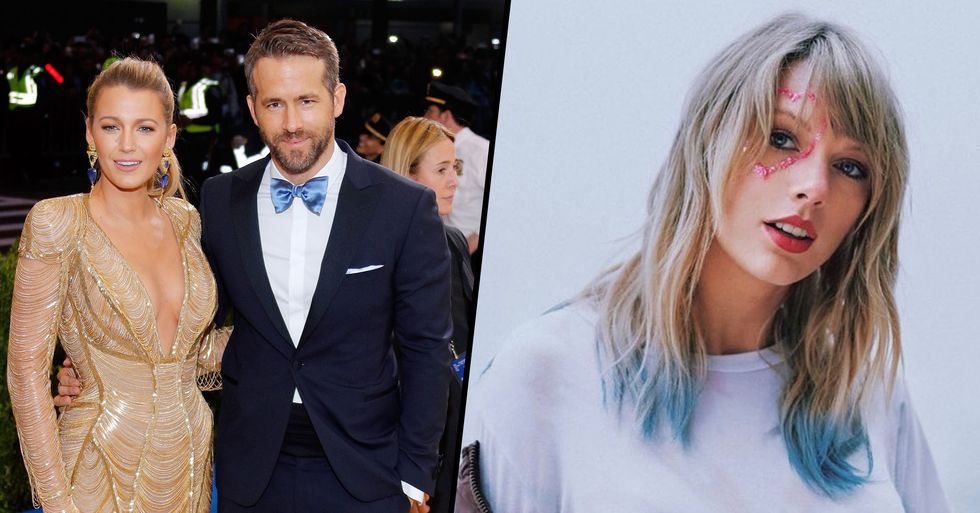 Anyone who knows the slightest thing about Blake Lively and Ryan Reynolds will know they love to troll the hell out of each other on social media.

But finally, they've agreed on something. Hallelujah. Swifties have realized that couple decided they were going to let Taylor Swift have the honor of revealing their third child's name in her new album and it happened in the most perfect way.

Read on to find out which song was dedicated to the family...

Blake Lively and Ryan Reynolds have revealed their baby's name but in probably one of the most inventive ways ever...

They are probably one of Hollywood's most loved couples.

But there's one time of the year in which Reynolds really shines.

And it seems just a couple of months later, the pair are back on their trolling game.

On Wednesday, Reynolds posted a clip from his 2010 movie, Buried, to mark its debut on Hulu.

But of course, this is Ryan Reynolds were talking about, so it comes as no surprise the clip had been edited in several places to promote his Aviation Gin brand. Read on to watch the hilarious clip for yourself...

It didn't take long for Lively to chime in.

With perhaps one of his best clap backs to date.

People were doubled over at his response.

This has got to be one of his best responses yet.

There's really no denying it at this point.

Long may the roasting continue.

Reynolds took on the style of an automated message for his clap back.

The comment comes eleven months after the pair welcomed their third daughter.

And after the long wait, the pair have finally revealed their daughter's name.

They had a little bit of extra help from a friend of theirs, Taylor Swift, who included it on her newest album, Folklore.

The Bad Blood singer wrote a song dedicated to the family, in which she subtly revealed her name...

A close source told People that "the song was named in part for the couple's third daughter."

So, what were the clues?

Well, in the song, titled "Betty", the names of their other children pop up in the lines: "She said 'James, get in, let's drive..." and "You heard the rumors from Inez / You can't believe a word she says..." later also: "Betty, I know where it all went wrong."

That's not just a coincidence, is it?

Even though it's not explicit in the song as it is meant to be about a love triangle, it's not just a petty coincidence... Or is it?