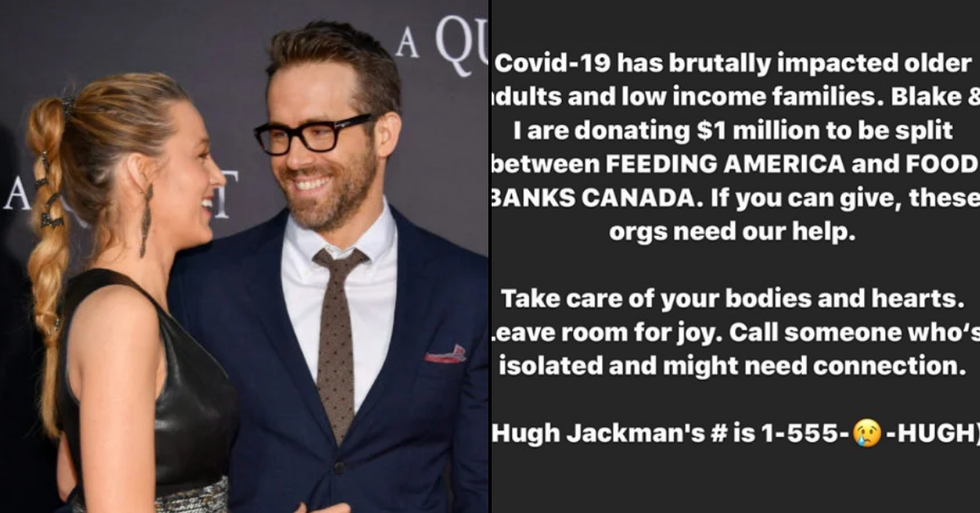 But their latest social media move is less tongue-in-cheek - and more genuinely heartwarming.

There's one time of year in which Reynolds really shines.

But their latest social media move has made us love them even more.

The coronavirus pandemic is no secret.

The spread of the disease is something the entire world is being affected by - and it's pretty scary stuff.

It's had extremely wide-reaching impacts.

Including the entire NBA being postponed until further notice.

Other large entertainment events have been canceled, too.

Including South by South West and Coachella.

There have been other surprise outcomes.

Including the shock celebrity diagnosis of beloved actor Tom Hanks.

Game of Thrones star Kristofer Hivju also shared the scary news of his diagnosis this week.

But it isn't all bad news.

Because the internet's favorite couple has found a way to create a heartwarming story.

They're truly the internet's sweethearts.

Because as a rather privileged pair ...

They've pledged to do what they can during this strange and scary time.

Offering a large and very generous donation to those in need during the crisis.

Ryan couldn't resist poking a little fun at his old nemesis, Hugh Jackman, in the process.

What a wonderful pair!

Want to learn more about the celebrities who have been diagnosed with the virus? Scroll on ...