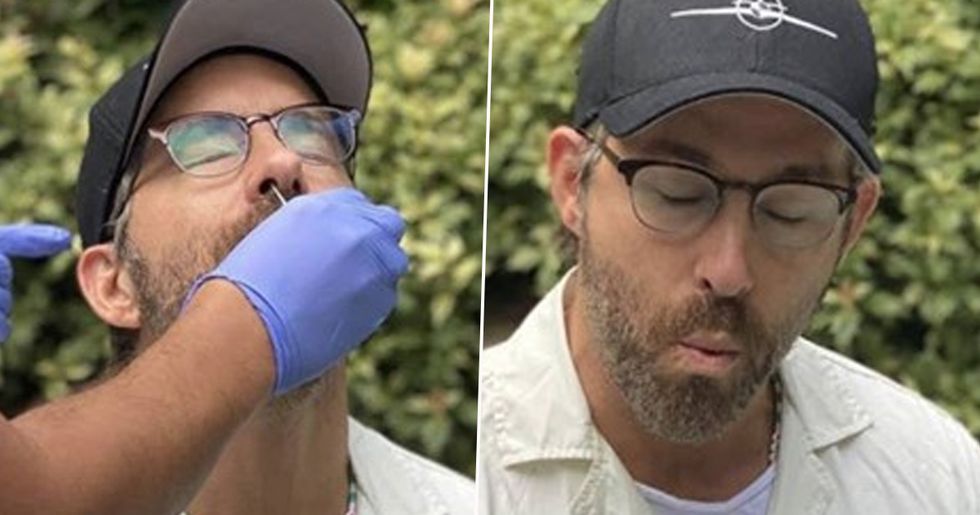 If there's one celebrity couple who does online trolling better than anyone else, the prize surely has to go to Blake Lively and Ryan Reynolds.

The pair have independent, very funny social media accounts, but when you put the 2 together, it's a sure-fire recipe for many laughs.

Over the years, Lively and Reynolds have perfected the art of the troll.

But now, Lively has documented her hubby getting the COVID-19 test, and it doesn't look pretty.

But the roles do reverse.

Last year, when Reynolds turned forty-three - you best believe the internet was looking out for one thing.

But the roasting continues to this day.

Posting to Instagram recently, Reynolds wished a happy birthday to his dog, and as usual it was a pretty absurd birthday message. Reynolds wrote:

Happy Birthday, Bax. I’d bake you a cake, but it would kill you. Not because you’re a dog. Everything I bake is poison. If I had to go to war, I’d just bring a toaster oven.

This is almost as sweet as the birthday post you did for me this year.

And so far 70,000 people have found Lively's throwback comment hysterical. Take that Ryan!

But how's Ryan dealing with it?

Well it seems he's got bigger things to worry about giving that he recently underwent a test for COVID-19 which is a necessity because he's filming Red Notice. Lively took a few shots of the procedure and then Reynolds shared them online.

Check out the photos below.

But his caption was the best part of all of it. Reynolds wrote:

Back to work on #RedNotice. The Covid Test is quick and easy. The doctor places the swab up your nose, just deep enough to tickle your childhood memories and then it’s over. No matter what you say to him, he won’t buy you dinner first.