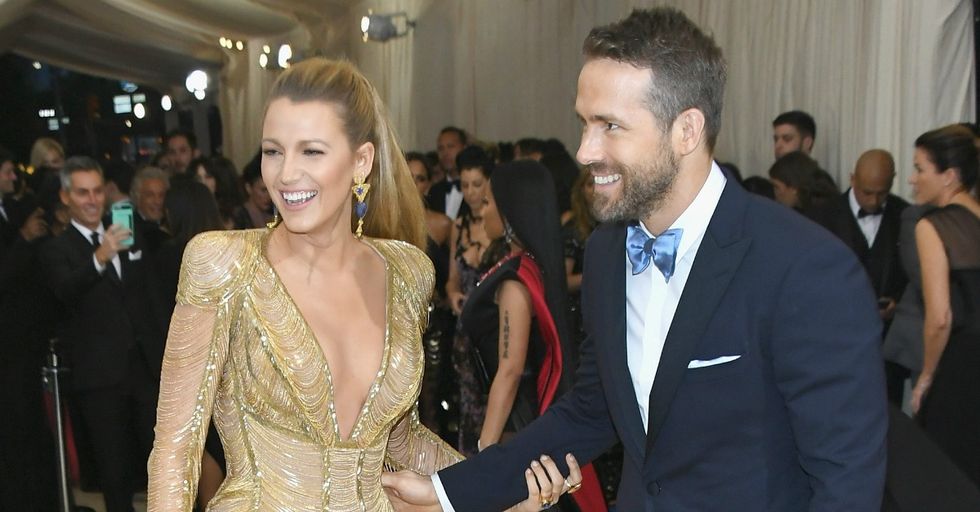 Ryan Reynolds has been trolling his wife, Blake Lively, for years. And it's hilarious every time.

When Blake Lively starred in the horror film The Shallows, Reynolds posted a clip from the movie saying it was actually footage from their first date.

He captioned the picture: "Actual footage from the first date with my wife. I was trying to surprise her and totally forgot I was a f*cking shark."

Not even his kids are not free from his trolling.

Yesterday, he tweeted, "My kids tried to surprise me for my birthday this morning. I totally heard them coming and snuck out to start a new life somewhere else."

Can you blame him? They're kind of an easy target...

Twitter user @ShashinS replied to this tweet with a possible explanation for all the trolling. "Years of playing deadpool does certain things to people," she wrote, sighting the silly R-rated antihero that Reynolds played in the movie Deadpool in 2016.

He does have a curiously similar wit to his Deadpool character.

"The best thing about finishing a 105 ounce slurpee from 7 Eleven is the look on Satan's face." That's a 13 cup slurpee. THIRTEEN.

Are we sure Ryan Reynolds and Deadpool are different people?

We're not entirely convinced there's a difference. One of Ryan's arguably best jokes was when he trolled Blake for her birthday post on Instagram...

For her 30th birthday, Ryan posted this photo.

"Happy birthday to my amazing wife" he wrote, while cropping most of her out of the picture.

But Blake had jokes of her own. She posted this photo yesterday for Reynold's birthday.

Notice that's Ryan Gosling for the most part... with just a tiny bit of her husband, Ryan Reynold's face. She captioned the photo, "Happy birthday, baby."

Who do you think won this time? Either they, they are clearly a good match. Those are some serious #relationshipgoals.