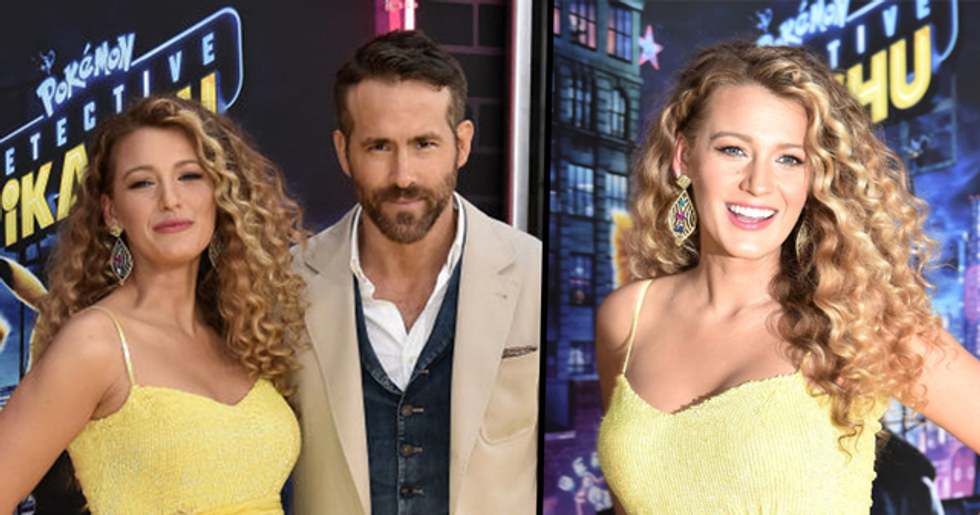 If you're trying to think of your favorite celebrity couple, you'd be hard pressed to beat Blake Lively and Ryan Reynolds. The pair seemingly have it all - they're incredibly cute, they're hilarious with each other and they look great together. Since the pair met, married and started their family, they've shared it all with the public through a range of hysterical social media posts. But one area that the two remain auspiciously silent is on the topic of parenthood.

Now the couple have announced that they're expecting for the third time, in typically cute fashion. Instead of the usual means of announcement, they've gone their own unique way with it, with absolutely adorable results. There is one aspect that's exactly how you'd expect it to be, however - and that's how absolutely beautiful (and glowing) the golden couple look.

We've got all the important pictures throughout their relationship, including the latest snaps, just keep scrolling!

Blake Lively is a beloved actress.

Born in August 1987 in Los Angeles, California, the star is well known for her acting prowess (and her stunning all-American beauty).

There's no denying that Lively has a sort of star quality, which makes her a perfect choice for filmmakers looking to cast an "It girl."

There's one iconic role that immediately springs to mind...

Reynolds is an equally celebrated actor.

He's had a varied career.

From comedies such as The Proposal to action movies like Blade: Trinity, there's not much that the star can't do!

But like Lively, there's one role that he's best known for.

Reynolds starred as the title character in 2016's Deadpool, which garnered him much critical acclaim and popular approval. He since reprised the role in the movie's sequel.

Lively and Reynolds are one of Hollywood's power couples.

The pair met in early 2010, when they were working on superhero movie, Green Lantern, together - and the spark was instantaneous.

The pair went public with their relationship in late 2011.

And it's clear that their feelings just grew and grew, as they decided to marry. They wed on September 9th, 2012, in South Carolina.

In some ways, the couple are relatively private.

However, they have become known for having some of the best social media interactions of any celebrity couple.

They're basically professional trolls, at this point.

Case in point: this hilarious birthday tribute that Reynolds posted for his wife - conspicuously cropping the majority of her face straight out of the picture.

But Lively had an excellent response.

On Reynolds' birthday, Lively posted an image of the other famous Ryan, Ryan Gosling, cropping out her husband in the process.

It's clear why the pair are so beloved.

A couple that are sweet to each other and look super cute is one thing - but a pair that can also roast each other? Now that's couple goals.

There's something else that puts their cuteness levels into overdrive.

The pair have two adorable daughters, completing their picture-perfect family.

Though Reynolds spoke of the birth in a typically hilarious fashion.

Honestly, if you aren't following the pair on social media, you're really missing out on some absolute gems.

It's clear that Reynolds can be as sincere as the next man, despite all the joking.

This heartwarming comment is among many that you can find from Reynolds talking about how much he loves his wife. Awww.

It consists of Lively and Reynolds, then James, born in December of 2014, and Inez, born in September of 2016.

The fantasy, mystery movie premiered last week, and so far has had a positive critical reception - primarily because of Reynolds' performance.

He attended the New York premiere on May 2nd.

Also in attendance was Reynolds' wife, Lively. She looked absolutely stunning in her yellow, Pikachu-inspired dress and curly hair.

But there was another reason that she looked so stunning.

It seems that Lively chose to announce her pregnancy with Reynolds at the premiere, for the whole world to see.

And the internet went wild!

There was video footage of the pair, too.

And, just as you'd likely expect, they were absolutely adorable with one another. It seems that neither Lively nor Reynolds could stop smiling.

Lively had clearly made the decision to announce her pregnancy at the premiere of her husband's movie, knowing that it would attract attention to the film. Now that's a supportive partner!

And it isn't the first time that she's done something like this.

It seems that Lively is Reynolds' biggest cheerleader, using any means necessary to ensure his films get the attention they deserve.

People were in awe of Lively.

The star usually looks pretty incredible - but the pregnancy glow seems particularly real when it comes to this star.

And there was another layer of excitement.

Lively is set to attend the Met Gala on Monday, May 6th - and now we're all on tenterhooks to see what she'll wear!

And that's not the only excitement that the thought of the Met Gala brings.

This year's Met Gala will be hosted by singer, Harry Styles, and people can't wait to see him chat with the glowingly pregnant Lively on the red carpet.

Because pregnancy sure looks good on Lively.

Fans of the actress shared images of the star alongside shots from her last two pregnancies - and we're noticing a distinct theme.

Many found the news truly heartwarming.

It's true that in a world wherein we're constantly bombarded with bad news, it's so nice to hear something lovely and pure.

The news is almost as lovely as these pictures.

Reynolds and Lively, we wish you huge congratulations! We just wonder if the baby will have a Pokemon themed name...