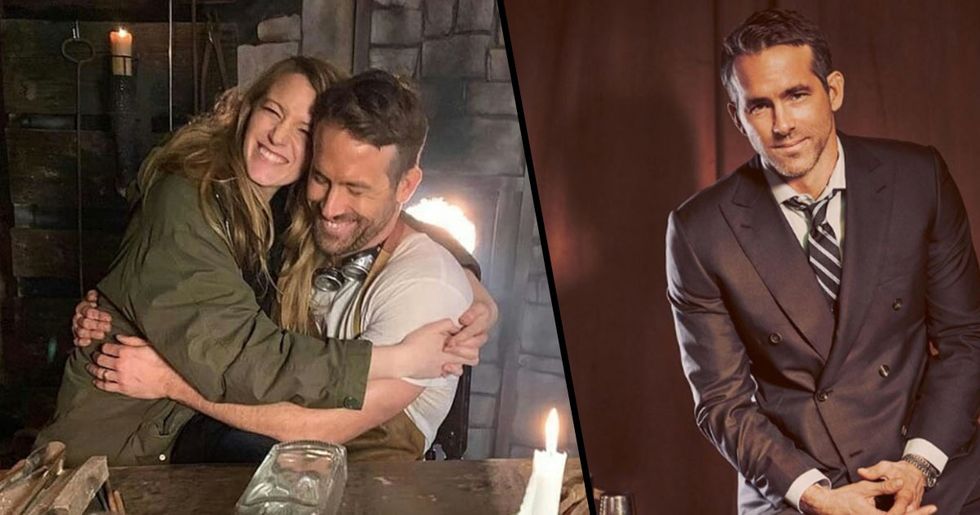 If there's one celebrity couple who does social media better than anyone else, the prize surely has to go to Blake Lively and Ryan Reynolds. The pair have independent, very funny social media accounts, but when you put the two together, it's a sure-fire recipe for many laughs. And the one time of the year that fans of the couple really celebrate? Why, it's their respective birthdays, of course.

Over the years, Lively and Reynolds have perfected the art of the birthday troll. But, this year, Reynolds went the extra mile, posting not 1, not 2, but ten different "unflattering" images of his lovely wife. Although the internet noticed that he may have a pretty unique problem with his trolling.

But the pair's latest social media interaction is one of their cutest (and thirstiest) yet.

And long may these excellent birthday posts continue. We'll be eagerly waiting for them! But sometimes the pair are just plain adorable online - as their latest interaction proves.

It all started when Reynolds posted some steamy snaps.

The sexy images were a part of his ongoing partnership with Aviation Gin.

The images were truly something special.

Anyone else feeling a little bit hot? Well, one of his followers sure was.

She was quick to point out quite how hot her hubby was looking - and she was clearly feeling pretty lucky about it.

And to make things even better?

Blake's sister then got in on the action too.

The pair may be the only couple on the internet that still let us believe in true love! Interested in more Reynolds content? Keep scrolling for fifty of his very best tweets.