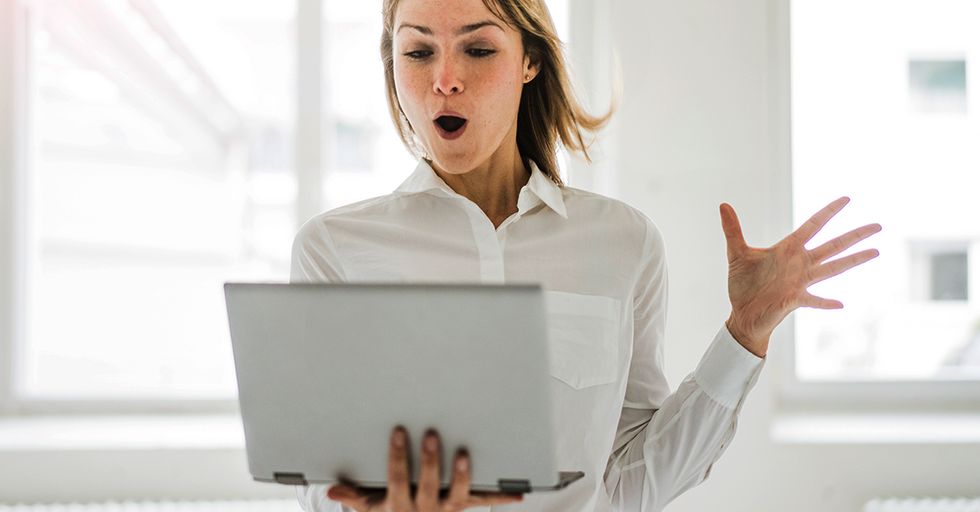 You can be the most highly educated person in the world and somehow still miss learning some obvious things that most people know.

Other times, they are totally random and silly facts that you just never even considered because why would you? Get ready for your mind to be blown at least once in this list.

But, how? Did she just think it was another animal entirely? Aren't baby farm animal names like one of the first things you learn?

OK, this one blew my mind. But it also kind of sounds made up? Someone google this for me.

I love these little subtle details in movies that people who are not me discover and then share with the world. I'm not smart enough to realize any of this.

To this day, I still imagine a pig holding a mesh shopping bag and walking the aisles of a farmers market because I cannot deal with it the other way. The next one is for the Harry Potter fans out there.

This is understandable if you don't live in the UK or Australia! Also, Harry Potter makes prefects seem insufferable.

This can't be for real. Can it?

There are so many of these sneaky logo things that I just recently learned about, like the arrow in the FedEx logo and the word "mom" in the Wendy's logo!

Oh yeah, this was a pivotal moment in my life when I learned this. Nothing has been the same since.

I can't say I ever gave this song much thought, but it always did strike me as sad that a kid's Christmas was ruined because they thought they saw their mom cheating on their dad. The next one might actually surprise you.

I don't know what I expected either, but I don't think it was this. I guess it makes sense. If you carve your initials into a tree, it's not like they're two feet higher years later. Hmm.

There are so many of these misquoted movie lines; it's crazy! This is some real Mandela Effect crap.

Um, OK, hello, this knocked my socks off. I definitely did not realize this until now.

Red velvet is a lie and one of the greatest disappointments of the dessert world. I will die on this hill.

No wonder I always loved the green ones so much! The next one is a little unforgivable.

If you didn't figure out that Flo Rida is Florida, well, I don't know how to help you. Sorry, not sorry.

Sperm of the moment

Oh man, I so wish I was there when this person learned this the hard way. I bet it was hilarious.

Cakes! Cooked in a pan! That we smother in syrup! And eat for breakfast. #America

Judging by the number of ants that have invaded my home this summer, this doesn't surprise me at all. Ants. Are. Everywhere.

Haha, man, think about having that mistake on your conscious this whole time! (Just kidding, I know it's "conscience.") Share this with someone who needs an education!