Bob Marley Lied About Who Wrote 'No Woman, No Cry' for the Most Touching Reason | 22 Words 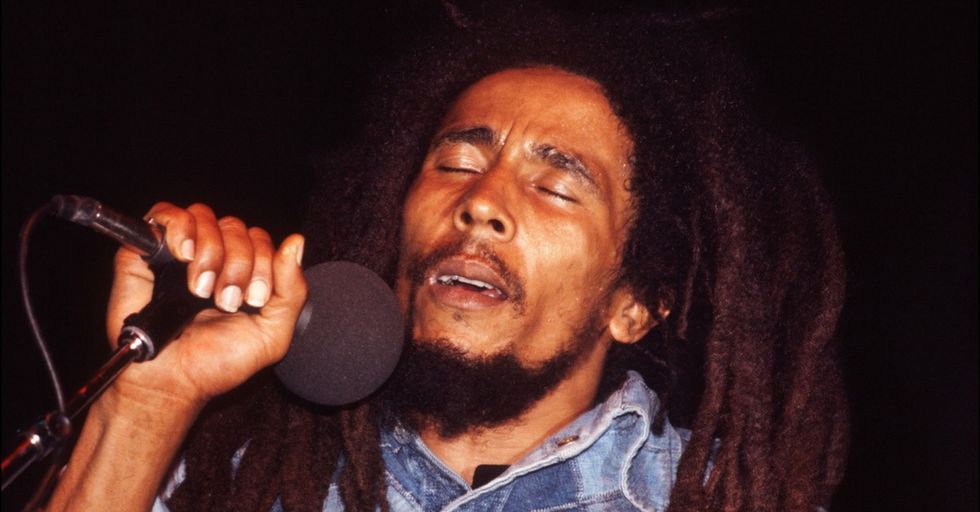 Bob Marley Lied About Who Wrote 'No Woman, No Cry' for the Most Touching Reason

Bob Marley was one of the most prolific artists of his generation. At the time of his death at age 36, in 1981, he had released 15 albums and written some of the most widely recognizable songs of all time.

Although true fans can probably sing many of Marley's songs verbatim, most probably don't know the surprising story behind one of his biggest hits.

It was originally included on the studio album Natty Dread, along with other well-known tracks like "Rebel Music (3 O'clock Roadblock)" and "Revolution." The best-known version of the song, though, was released in 1975 on the album Live!

There's a fairly big difference between the live version and the studio one.

For one thing, the studio recording has a faster tempo, which seems to take away some of the power of the lyrics. The live recording is significantly slowed down, with each word holding much greater weight.

"No Woman, No Cry" has been covered by a wide variety of artists.

At the beginning, Jean dedicates the song to "all the refugees worldwide."

The Fugees also released an official remix on their album Bootleg Versions, which featured Marley's son, musician Stephen Marley. Wyclef also recorded a solo version of "No Woman, No Cry" for his Greatest Hits compilation released in 2003.

The official writer listed is someone unknown in the music industry.

Vincent Ford is named as the songwriter on both Marley's live album and Natty Dread. But who is this mystery man?

Vincent "Tata" Ford was a childhood friend of Marley's.

Ford lived a pretty compelling life. Although wheelchair-bound after losing his legs to diabetes, Ford reportedly saved a youth from drowning when he was just 14 years old.

Marley also credited Ford for keeping him fed as a hungry teenager.

Ford ran a kitchen in Kingston, Jamaica located at No. 3 First Street. Known as the Casbah, it was "the government yard in Trenchtown" that Marley refers to in "No Woman, No Cry."

The Casbah was located in a communal concrete dwelling within a public housing development.

Marley lived there for much of the 1950s, and reggae musicians like Peter Tosh and Bunny Wailer would rehearse their future hits there. Marley met and fell in love with Rita Anderson at the Casbah, who he would go on to marry in 1966.

While some people are still not certain whether or not Ford actually wrote the famous song, it's widely believed that it was, in fact, penned by Marley.

Roger Steffens, a Marley historian, uncovered a rarely-seen interview from 1975 with the Jamaican Broadcasting Corporation where Marley “basically admits that he really wrote the song" while tuning a guitar at Ford's yard.

So why did he credit Ford as the songwriter?

It turns out, it was an act of compassion for his lifelong friend. Marley wanted to make sure that the kitchen that kept him fed and musically inspired as a kid stayed open.

By naming him as the writer, Ford received all the royalty payments from the song.

Ford died in 2008, and today the famous Casbah is now a museum called the Trench Town Culture Yard. While it no longer functions as a kitchen to feed those in need, it does help to bring tourists to an impoverished part of Kingston that would otherwise remain overlooked.