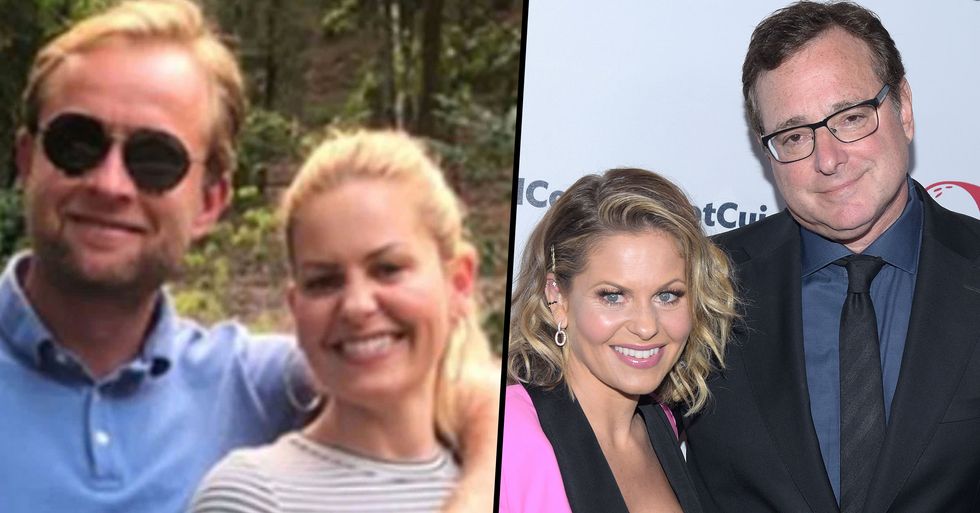 Bob Saget has weighed in on the whole Candace Cameron Bure Instagram scandal, and he has done so in the best way...

It's been a turbulent time for poor Candace Cameron Bure.

Over the weekend, the Fuller House star posted a slightly NSFW photo of herself and her husband onto Instagram and, ever since, Christian Insta has been livid.

It's been the talk of the town.

People have been relentlessly attacking the actress for the post, which she has valiantly defended in the aftermath.

But now, her Fuller House costar, Bob Saget, has weighed in on the situation...

And he did so hilariously.

Now, Candace has spent over thirty years in the vicious world of show business...

So you'd expect that she'd be used to this kind of meaningless social media drama.

And to top it all off, the forty-two-year-old is a mom of 3.

Evidently, she's no stranger to balancing multiple projects at once.

She has also explored other avenues, such as writing.

She released her first book in 2011: Reshaping It All, where she opened up about her struggle with food due to “expectations of Hollywood."

She has a better relationship with food now which she thanks her faith for.

Candace’s openness made her book a New York Times best-seller, with many praising her transparency.

Since opening up about her family life, and letting millions into her struggles and accomplishments over the years...

Fans have got ever more involved with her personal life.

Meaning she's been subject to her fair share of criticism over the years.

Which comes with the territory of being in the public eye...

The most recent photo to cause an uproar was posted to her Instagram...

And has stirred up a few emotions from her fans.

And it's all to do with her husband...

Although Val usually likes to keep things private, he "gave her permission" to post the handsy photo over Labor Day weekend.

The picture in question shows a flirty side to the couple.

With Val resting his hand on Candice's breast... I mean, he is her husband.

Most of her followers felt the photo showed a healthy side to their relationship...

While others criticized her for being “inappropriate."

Candice responded to her haters on her Instagram Stories.

In a series of videos, she defended her decision to share the photo with her fans.

"For all of you Christians that are questioning my post with my husband's hand on my boob - my husband of twenty-four years - thinking it was inappropriate, it makes me laugh because it's my husband, we have so much fun together. He can touch me anytime he wants, and I hope he does. This is what a healthy, good marriage and relationship is all about."

It's pretty crazy people were getting so uptight.

"I'm sorry if it offended you ... I'm actually not sorry," she laughed. "I'm glad we have fun together after so many years. He can touch me all day long."

In a video shared to her instagram, she squeals: "Best birthday ever," as her husband gave her a kiss.

Candace makes it clear that their Christian faith is the true foundation of their love.

And what is Christianity without love?

Even if some don't agree...

"The reality is, the glue for us is Jesus. It’s the Bible. You know, when there are arguments or we’re compromising, it’s always like, ‘Well, let’s just go back to the Bible.’ It’s the foundation for us. So it’s not about winning or losing, but doing this journey together."

The controversy surrounding the photo is still ongoing.

And now, Candace's costar, Bob Saget, has weighed in on the fiasco.

Ever the joker, Saget wrote: "Love you guys and congrats on second base!!!"