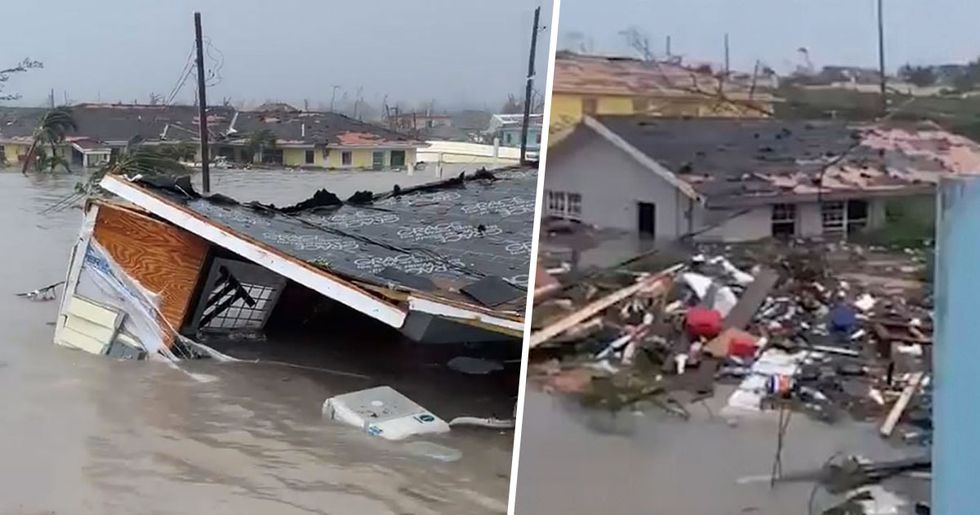 And now, the deadly storm, which is currently traveling over the Bahamas, has begun claiming its first victims.

Keep reading to hear the details surrounding our country's preparation for the storm, and the heartbreakingly tragic deaths that it has caused.

It is predicted to hit the U.S. at some point this week...

But, with the ferocious winds and deadly floods, the death toll is continuing to rise.

5 more people have been confirmed to have died.

The storm has caused deadly flooding.

Though it was downgraded from a Category 5 to a Category 4 storm last night, Dorian has caused terrifying tsunamis, which have subsequently brought on deep flooding with strong currents. And, as of last night, the ZNS Bahamas reported that a storm surge would cause water to rise eighteen feet to twenty-three feet above normal tide levels.

But, heartbreakingly, even more bodies have been spotted in the raging waters.

Foreign Affairs and North Abaco MP, Darren Henfield, said yesterday: "We have reports of casualties. We have reports of bodies being seen. But we cannot confirm those reports until we go out and have a look for ourselves."

Residents have been urged to take shelter.

Even though many of the houses have been completely destroyed in the storm.

As soon as the weather permits, first responders will go to those areas where we have reports from individuals who were in distress."

And, now, we brace ourselves for Dorian's impact.

The storm has been predicted to come "dangerously close" to the U.S. seaboard from now through to Wednesday evening, but it's still too soon to say how close and when or where it'll make landfall.