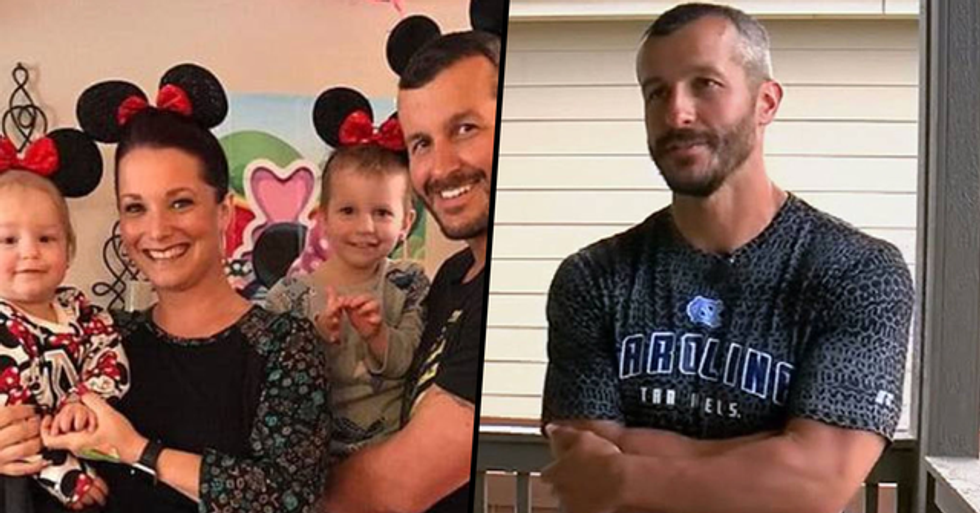 A body language expert has analyzed the police footage from Netflix's latest crime documentary, American Murder: The Family Next Door, and, in doing so, has unveiled the harrowing moment the father-turned-murderer, Chris Watts, gave himself away.

A body language expert has weighed in on the police footage and has given his own insight into Chris' behavior in the days following the murders.

And his latest challenge has been to determine Chris' secret signs of guilt in the police footage shown in the documentary.

Where Chris was still pretending he had no idea what had happened to his wife and daughters in the aftermath of their disappearances.

He talks through how Chris was evidently "dilly-dallying" as the police searched the home and probed him for any information regarding Shanann's whereabouts...

"It’s very likely he did something that he thinks will help him cover his tracks," Derek explains.

Chris then pretends to have "found" Shanann’s phone, which is when "the performance really begins," according to Derek.

Nickole, Shanann's friend who initially raised the alarm, then suggests looking at security cameras to try and determine when Shanann left the house, however, Chris immediately dismisses the idea - something Derek says screams "guilty."

His near-constant texting was another clue to his guilt.

Derek notes how, as his neighbor shows the CCTV footage of the crime scene - and of Chris hiding the bodies, unbeknown to the police at that moment - Chris seems almost disinterested and more invested with his phone. "Chris is burying his head in his phone to mentally escape where he is right now. Yes, it's likely he's texting his mistress girlfriend to keep himself distracted. Notice how close he's holding his phone to his body - very defensive body language."

His total disinterest in his neighbor's CCTV footage was a blatant giveaway too, according to Derek.

He explained: "Notice how he looked completely away from the TV to the door, with a deep breath... First thing, he doesn't like what he sees on the screen. This may sound too simple, but it's true... Second, the fact he looks all the way around to the front door shows he wants to get out of there."

The whole analysis is forty minutes long and shows a lot of behavioural blunders of Chris' part.

You can watch the full video above. Rest in peace, Shanann, Bella, and Celeste.