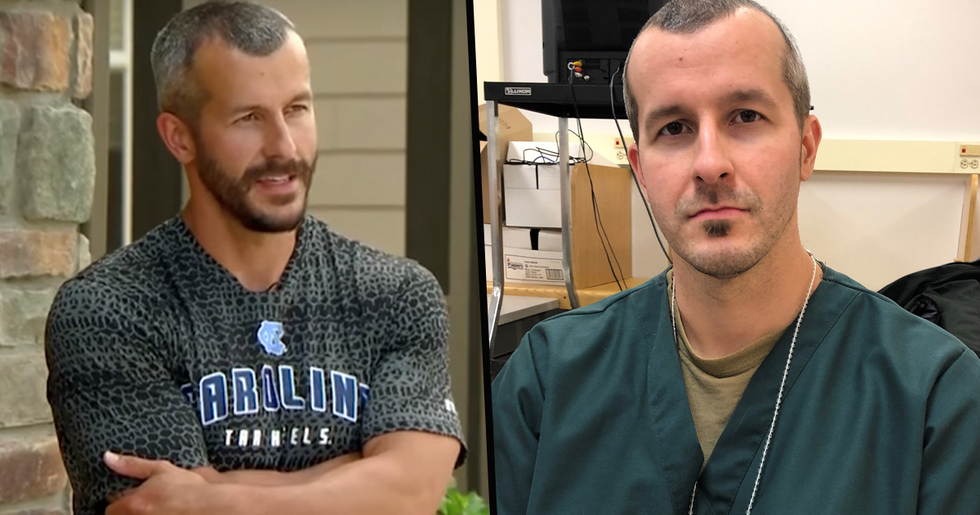 A body language expert has explained how red flags in the way Chris Watts was acting led to him being the prime suspect for the murder of his wife and 2 daughters and even outlined the exact moment he exposed all of his guilt...

New details about the horrifying murders of Shannan Watts and her 2 daughters have been exposed.

And they reveal the exact moment that Chris Watts gave himself away.

A body language expert has gone into great detail to explain to us how he was never going to get away with it.

Even though he thought he would...

We still can't get over it.

But now, we have some new insight...

A body language expert recently posted a YouTube video in which he explained how Chris Watts slowly got to the point where he completely revealed his guilt to the police.

"Believing Bruce" has a YouTube channel where he dedicated an entire video to the issue.

His latest challenge determined the slip-ups that led to Chris becoming the prime suspect of his family's murders.

In his video, titled "What REALLY Gave Chris Watts Away," he outlined some important red flags.

Right from the start, the murderer was displaying some seriously questionable behavioral patterns. "He knows he's guilty - when you're trying to lie you can't kid yourself you haven't done it. Although he thinks he's in control, as soon as he starts being asked questions he can't help but react," Bruce explains.

Right when the police first entered the house, he was giving himself away.

Rather than seeming shocked or scared, he rushes over to shake the officer's hand? Weird. "He's trying to paint a picture - he says 'all the girls blankies are gone, they never go anywhere without them', that wasn't needed, the second part..."

And it only gets worse from there as Bruce explains.

"There's also no emotion because he's trying to control everything in his brain. There are that many plates going on inside his head and that's why that energy that you would expect in that situation isn't there. "When Shan'ann's phone is found, he does something weird. He goes to pick it up and then stops himself. If I was the police officer I would spot this. Shan'ann's phone was her lifeline."

"He brings in Shan'ann's wedding ring in such a weird presentation."

"It doesn't go with the situation. It's overdramatic. It's everything it shouldn't be. "Then they move into the neighbor's house, this is a dad of two young girls, he goes in and they have CCTV. The neighbor brings it up and he isn't even looking at it."

He's more worried about the fact that he knows he put the body in the car and could be caught right now...

So he does something strange - He starts explaining why he parked the car the way he did. "He's answering a question that no one has asked. "When he leaves the neighbours they say 'it's not him, he doesn't act like this'. The policeman says he might be nervous but he's only just started behaving like this and it's because his neighbor knows he doesn't usually park his car there."

And even when the reporters were asking him questions outside, he seemed so unfazed.

"He says 'I just want them back' but he then smiles as if he's just told a joke in a bar. No one who isn't guilty would do this. He's also hugging himself, which shows he's just trying to protect himself."

Then we have the blunders in the interrogation room...

He's asked, "before 2018 did you ever say anything in anger to a loved one". He at first says yes, and then quickly says no. Bruce explains: "We've all been annoyed and frustrated and said things we didn't want to. He must be the most angelic person to have never done that."

And don't forget that when he finished the polygraph test, he says "this feels uncomfortable."

Bruce says: "This is where the police take control, and now he knows he's not in control. He's failed the polygraph, she tells him he hasn't passed the test and then 'I feel you're probably ready to talk about what happened'."

And this is the exact moment that he gives himself away...

"Watts tries to give a response and the male investigator tells him to stop and tell him to breathe, to take a deep breath. Watts now knows he has nowhere to run and that's why he asks for his father." That one single breath made him the prime suspect, along with the results of the polygraph test.

This case will go down in American history as one of the most heartbreaking, along with some other horrible crimes. Keep scrolling to find out more...