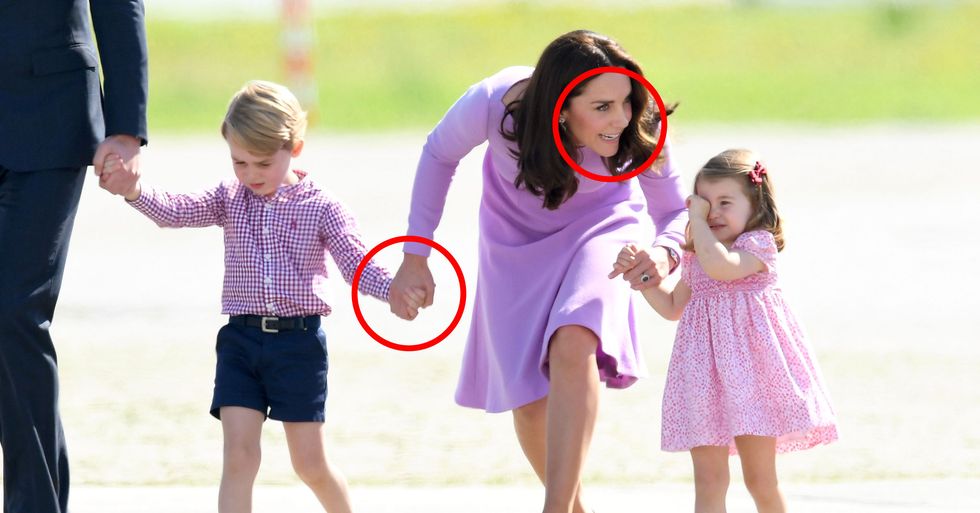 A body language expert has spoken out about what kind of mom Kate Middleton is, and she has a lot to say...

From college to Royal family, we've been through it all with Kate Middleton.

We've seen Kate transform from a university student to a Duchess over the years - starting her own family with Prince William.

And, as their family grew...

Many of us began wondering the same thing... what kind of mom is she?

Well, a body language expert has been analyzing Kate to try and shed some light on this.

And she had some very revealing things to say...

Yes, even more famous than the Kardashians.

Prince William is the elder son of Prince Charles and the late Princess Diana.

Since birth, he has been second in the line of succession to the British throne.

William began accompanying his parents on official visits at an early age.

In 1983, he accompanied them on a tour to Australia and New Zealand, a decision made by his mom, Diana. At the time, the move was considered to be unconventional because the first- and second-in-line to the throne would be traveling together, and because of William's young age.

Diana wanted him and his younger brother Harry to have more experiences than are usual for royal children.

Diana notably took her sons to Walt Disney World and McDonald's, as well as AIDS clinics, and homeless shelters. She even bought them items typically owned by teenagers, such as video games.

William was educated at 4 schools in the UK and studied for a degree at the University of St Andrews.

Like many of us, he even had a gap year, during which he spent time in Chile, Belize, and Africa.

The car that Diana was traveling in through the Pont L’Alma tunnel in Paris suffered a horrendous crash. Diana was taken to the nearby Pitie-Salpetriere Hospital, where she was pronounced dead. The exact cause of the crash has long been up for debate, with some questioning the sobriety of the driver, and others blaming the irresponsible driving of paparazzi photographers.

William and Harry were left without their mother.

Over the years, as the boys have grown into men, William and Harry have ensured Diana's memory hasn't been forgotten, and regularly speak fondly of their late mom, who would have now been a grandma to 4 grandchildren.

William now has a family of his own.

In 2011, he married Kate Middleton, and the rest is history.

William and Kate have long been royal favorites.

William met first Kate at the University of St Andrew's in Scotland in 2001.

Princess Charlotte became the first female royal to retain her claim to the throne, despite having a younger brother.

The birth of a son meant that he would leap over any older daughters in the line of succession.

They make a truly adorable family.

And this week, royal fans have gotten a glimpse into what kind of a mom Kate Middleton it, thanks to a body language expert.

Patti Wood, body language expert and author, revealed some details on what Kate is like as a mom.

And she had a lot to say.

She began by saying this:

"Every time we see Kate out with her children, it's apparent that they're always her priority."

To start off with, her eyes are always on her kids, instead of the cameras.

"Instead of paying attention to the cameras or reporters, Kate is communicating to her children that this moment is about their family more than anything," says Wood.

This apparently has an even deeper meaning.

"It's a way of creating a special memory despite the pomp and circumstance."

Kate also doesn't let being in the public eye affect her playful nature when it comes to her kids.

She'll often bend down to her kids level...

This is apparently a way of staying in tune with her children's emotions. "She's constantly scanning to make sure they're okay," Blanca Cobb, another body language expert explained.

"It's as if she's taking an emotional temperature reading to make sure that everything is alright."

Usually, Kate is holding at least 1 of her children.

"What's notable is that Kate's hands are usually loosely wrapped around her children's legs," revealed Wood. This embrace apparently indicates that she's trusting of her children.

While many of these behaviors are common for mothers, Woods points out that they are rarer for someone in the public eye like Kate.

"Time and time again, Kate proves that her focus is on her children—not anyone else," she explained. "She's never tugging at her children or walking ahead of them."

She also had something to say about William and Kate's parenting as a whole.

"Little things, like walking in the same plane, show there's a balance of power between the couple. "By doing this, the couple gives their children the opportunity to view the world on a greater scale."

Kate and William are clearly in sync with their children.

"It's obvious that Kate, her husband, and her children are in sync because they reflect each other's facial expressions," says Cobb. So, there you have it! For more on the Duchess, scroll on to read about the latest revelation from her wedding...