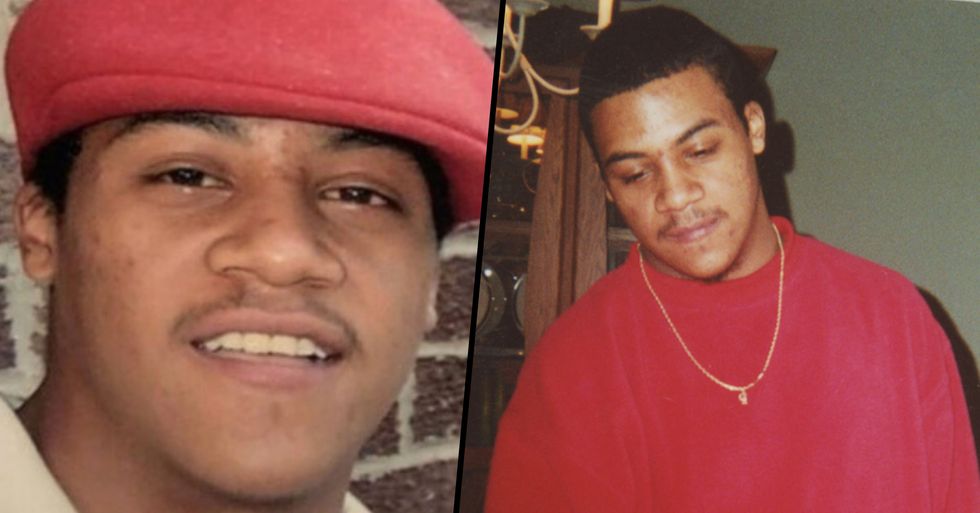 The return of Unsolved Mysteries on Netflix has whipped up a storm like never before. And, after an influx of credible tips, it looks like one of the show's most prominent mysteries may now be closer to being solved...

Netflix's Unsolved Mysteries has had a huge impact on so many cold cases.

And as each day goes by, and more evidence is released, we can't help but get sucked into the show completely.

The death of Alonzo Brooks is one of the most prominent unsolved cases from the show.

And it looks like this week, some major progress has been made.

There's no doubt that it if wasn't for the show, this case wouldn't have been re-opened.

Netflix is a huge platform and has exposed these cold cases to a whole new audience. But of course, this is far from the only docu-series to capture the world's attention.

The streaming service always kills it when it comes to documentaries.

... it's well and truly nailed the genre in recent years.

But the newest documentary series to take the reigns is none other than Unsolved Mysteries.

That's right, it's back. The iconic series has returned to give us a new set of harrowing stories about crimes that occurred under very mysterious circumstances.

And boy, did they make an impact.

The show quickly became Netflix's number one most-watched show within mere days of its release, with all 6 new episodes available worldwide.

And people just can't seem to get enough...

We were like this at the end of every episode.

It's a feeling we all seem to be relating too.

Even though the "unsolved" part of the show kind of gives it away.

Many of us have been turning into armchair detectives.

Who else finds themselves screaming at the TV?

But there was one case that stood out from the rest...

This was such a heartbreaking story. Alonzo Brooks' death came after his friends accidentally left him at a party an hour away from where he lived.

And according to Brooks' family, they suspect his death was a hate crime.

Sixteen years ago, La Cygne in Kansas was a predominantly white area where that very night, 3 black people died in what were ruled as "brawls" in the area. The entire town refused to talk about it or aid the investigation at the time.

The investigation by the FBI re-opened thanks to this series.

So an entire town in Kansas refused to give evidence with regards to the death of #AlonzoBrooks and then the KBI cl… https://t.co/ikO5QhX9lM
— Elizabeth/Sharky (@Elizabeth/Sharky)1593643017.0

Because of the lack of effort by the police and the residents in that time, the investigation was re-opened and a $100,000 reward was offered to anyone that could help lead to an arrest.

Do you know who Alonzo Brooks was? He was a black man from Kansas who was found dead after attending a party of all… https://t.co/pmdYHFliP2
— brittany (@brittany)1593640004.0

“It’s been 16 years, but we hope that with this passage of time, someone who has information will come forward," she said.

“Some of these kids, who are adults now, may have been scared to come forward before, or may not have known what they saw was important. But any piece of information is significant and could be the missing puzzle piece we need to solve this case."

The cause of death was undetermined at the time, but many believed it was a suicide...

Yet there was no sufficient evidence to support this baseless claim. One other theory suggested he accidentally tumbled into a relatively shallow creek, in Linn County, leaving behind his boots and hat, all with no witnesses whatsoever. It was very hard to believe.

The producers of the show also confirmed some more good news.

Across multiple episodes, witnesses and other "credible" sources have come forward to help investigations move one step closer and you never know, these "unsolved mysteries" might just be solved.

After an influx of credible tips...

New attention has been shone onto the cold case like never before.

Now, another huge step in the case has taken.

Remember this episode of #UnsolvedMysteries y’all? 👀 The FBI has reopened Alonzo Brooks’ case and classified it as… https://t.co/VnAPlQPrri
— chris evans (@chris evans)1595384418.0

It has been revealed that Brooks' body has been exhumed on Tuesday morning.

A spokesperson for the Kansas City FBI confirmed the news:

"The body of Alonzo Brooks was exhumed today as part of the ongoing investigation."

This is an ongoing investigation.

What happened to Alonzo Brooks? The FBI wants to know. Browse the evidence. There is a $100K reward for tips leadin… https://t.co/SrC4rkxDpU
— Unsolved Mysteries (@Unsolved Mysteries)1594674000.0