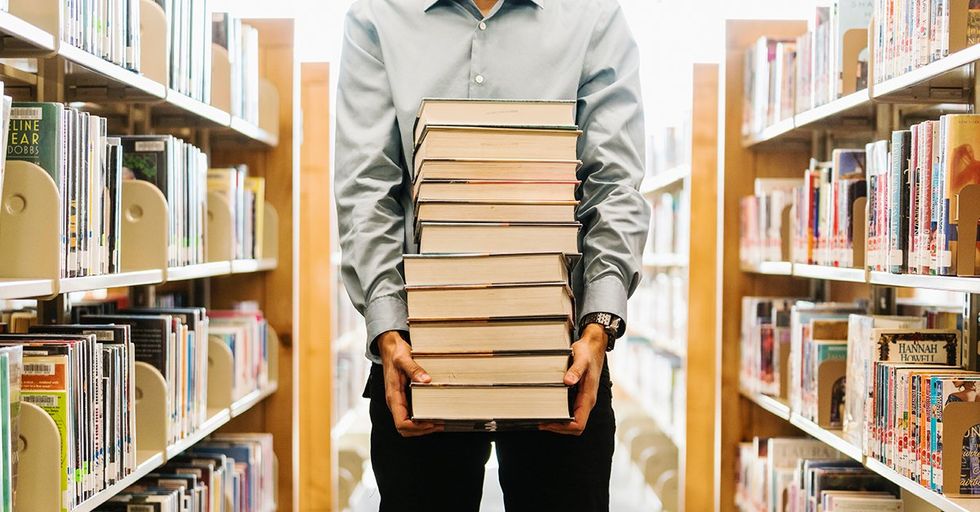 19 Books Every Person Needs to Read Before They Die

There are so many books in the world and so little time!

We can't spend our entire lives reading, and if we could, we probably wouldn't make it through every book that's been written.

We hope you find these handy products as awesome as we do. Just an FYI: 22Words is a participant in the Amazon affiliate program, and may receive a share of sales from links on this page.

But if you are a lover of the written word, or you are curious about the human condition, or you have an insatiable appetite for learning, there are certain books that everyone should read.

The people of Reddit put in their two cents when they suggested the books that everyone must read before they die.

FICTION: Was a pretty great book that made me think about life differently. It explores a lot about what "enlightenment" means and how that's achieved. It touches on a lot of aspects of what spirituality means and what life's meaning is. About how individually a lot of stuff we do by itself is pretty irrelevant, but when taken together forms a bigger purpose. NON-FICTION: The Big Short by Michael Lewis. It's a pretty cliche answer, but if you liked the movie you have to big the book a spin. It's much more detailed and gives you a great overview of an insanely complicated concept and sequence of events. Very few books explain the WHY of what happened, and The Big Short is a great overview of the banking system within the global economy and what went wrong in 2008 and why it toppled over –Riderz_of_Brohan "Find

It's a bit heavy but explores a lot of science/art. –pointsouterrors "Find

Really helped me getting a sense of what meaning in life really is. –stehr98 "Find

It’s a very short novella that kind of goes into the racial and color-based dynamics of the time that she lived in (1920’s). It’s about two wealthy, white-passing black women navigating 1920’s New York—one who publicly identifies as black and another who pretends to be White and is married to a (very racist) White man under that pretense. It’s pretty eye-opening imo. We don’t really touch on that portion of history too often in school. –Hungry_Lion "Find

Consider the Fork by Bee Wilson

It's a history of food an cooking but really shows how and why different cultures have such different cuisines. Changed the way I looked at something I do several times a day. –Thebuda "Find

Come as You Are by Emily Nagoski

Do you want to have good sex? Do you have a vagina, or have a partner with a vagina? Then you need to read "Come as You Are" by Emily Nagoski. Totally life changing book. It explains the way sexuality and sex drive works in such a clear, easy to digest way, and she has an incredibly casual voice and sense of humor. As a licensed sex therapist, Nagoski is able to troubleshoot just about any sexual issues you have, and she does so with crazy efficiency. Read it. Buy it. Love it. –effervescenthoopla "Find

I didn’t love having to read it in grade school, but as I get older it applies more and more. Gives a good perspective of censorship and how it affects knowledge and beliefs –Flame_MadeByHumans "Find

The 7 Habits of Highly Effective People by Stephen R.Covey

In today's world "The 7 habits of highly effective people" from Stephen R.Covey I can't believe no one has listed this yet. It helps a lot to understand and "let go" on some things. It helped me greatly with work and on a personal level. –Jmeu "Find

A People's History of The Unites States by Howard Zinn

Beginnings: The Story of Origins--of Mankind, Life, the Earth, the Universe by Isaac Asimov

This can be read in a week of washroom visits and it covers so much information. –SkipToMyLouFerrigno "Find

A Brief History of Time by Stephen Hawking

The book is about explanation of the scientific theories of today, from time travel to general relativity to the creation of the universe. –P1nacle25 "Find

The United States has more people locked up in jails, prisons, and detention centers than any other country in the history of the world. Mass incarceration has become a lucrative industry, and the criminal justice system is plagued with bias and unjust practices. And the church has unwittingly contributed to the problem. –Floss-Boss "Find

The Art of War by Sun Tzu

Relatively brief, hugely influential. Interestingly enough, only fairly recently in history has it been translated into English. –everysperm_is_sacred "Find

Sets out to answer the question of why some continents are richer than others. Through it, you get a history of humankind from the agricultural revolution and onwards. You learn about why cheetahs and African elephants haven’t been domesticated. What Iran and Japan have in common. About grasses in America. And so on. It really puts world history and economic development or growth in a new perspective. –hypatiafangirl "Find

The Origins of Totalitarianism by Hannah Arendt

The book explains how Nazi Germany came to be –KrkrkrkrHere "Find

On Writing by Stephen King

Night - Elie Weisel. On Writing - Stephen King Hamlet –dantooine1977 "Find Share this with the readers in your life!