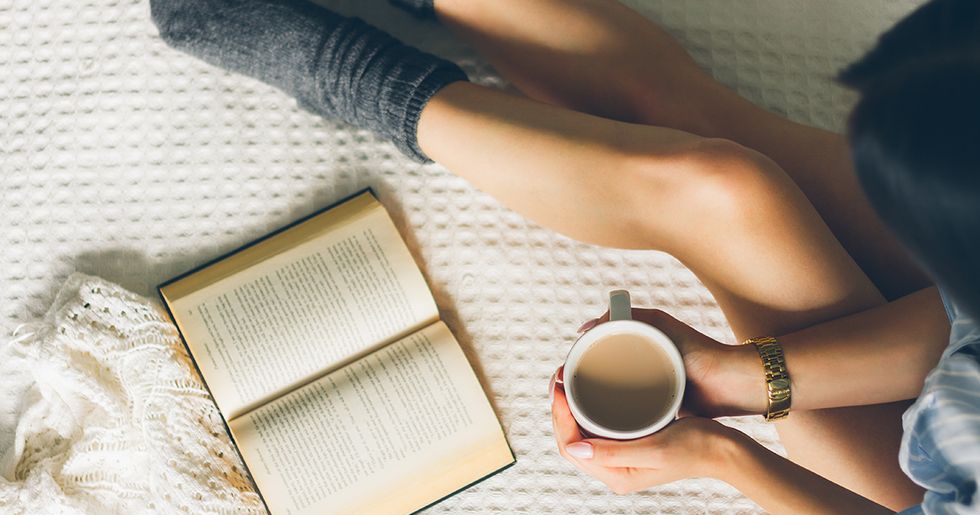 The 19 Books Everyone Is Buzzing About Right Now

I love books so much.

Luckily for me and people like me, there are new, incredible books being released all the time.

If you're looking for your next recommendation, look no further.

The Incendiaries by R. O. Kwon

Out on July 31, Kwon's book has been on just about every single "highly anticipated" list this year. The story is about two college students who struggle with fundamentalism as one gets sucked into a secretive, extremist cult with ties to North Korea.

My Year of Rest and Relaxation by Ottessa Moshfegh

This is the first book on the list that I've actually read, and I love it. Darkly comic and totally captivating, My Year of Rest and Relaxation follows a young, beautiful, wealthy, unnamed narrator who should be happy but totally isn't. She leaves her cushy job at an art gallery in New York City and decides to hibernate for a year, holing up in her Upper East Side apartment and surviving on an increasingly worrisome concoction of pills and coffee. With this novel, Moshfegh dismantles what you thought you knew and what you thought you needed in a book.

This collection of short stories marks the return of Lauren Groff, who knocked the socks off everyone with her novel Fates and Furies. The way she wrote about Florida in that novel makes me beyond excited to dive into this wildly anticipated collection.

In Motherhood, Sheila Heti dives deep into what happens to a woman when she becomes a mother, the good, the bad, and everything in between. Truly a story for our times. You've probably heard of this next one.

There There by Tommy Orange

Tommy Orange is a debut novelist whose book was called "groundbreaking, extraordinary" by The New York Times. There There tells the story of twelve American Indian characters living in Oakland California, who converge on one fateful day.

Lillian Li's new novel has been on just about every list. It centers around the Beijing Duck House in Maryland, a beloved Chinese restaurant, and micro-ecosystem of its own. When disaster strikes, everything gets thrown out of whack, and the families connected to the restaurant must decide how much they are willing to sacrifice.

The Pisces by Melissa Broder

If you were a fan of The Shape of Water, The Pisces might just be for you. It's the story of a woman who falls in love with a merman and subsequently questions everything she thought she knew.

Sick: A Memoir by Porochista Khakpour

Khakpour's powerful memoir chronicles her struggle with late-stage Lyme disease. It's a story of survival, transformation, and seemingly insurmountable pain, and it works to challenge the ways in which we talk about illness.

Calypso is David Sedaris' latest collection of stories, and I can say with confidence that it is my favorite of his in a long time. His trademark wit and uncanny observations are ever-present, but he also explores darker subjects and more serious topics with immense grace. The next one is the perfect choice for the modern woman.

No One Tells You This by Glynnis MacNicol

On the eve of her 40th birthday, Glynnis MacNicol had a successful writing career and a fulfilling life, but she was constantly reminded that she had neither a partner nor a kid. MacNicol's memoir follows her through her 40th year as she discovers herself and what it means to exist as a woman outside of conventional expectations.

Sure, it won the Pulitzer Prize, but it's also lovely and funny and heartwarming and everything you want in a novel. Less is about midlist author Arthur Less who embarks on a trip around the world specifically to avoid the wedding of a former lover. He's about to turn fifty and convinced he'll be able to run away from his problems. But, of course, that doesn't quite work out for him.

Baby Teeth is for the horror fan in your life. Hanna is a difficult child. At seven years old, she hasn't said a word, but she can read and write. She wouldn't behave in school, forcing her mother Suzette to homeschool her. He becomes more and more aggressive, only behaving when she's with her father. Of course, this is only where Suzette and Hanna's problems start. If you love The Omen, this chilling novel is right up your alley.

The Mars Room by Rachel Kushner

Twice National Book Award-nominated author Rachel Kushner gives us the story of Romy Hall, an inmate at Stanville Women's Correctional Facility in California. The Mars Room is an unflinching, devastating look at life inside a women's prison.

Half Gods by Akil Kumarasamy

This beautiful debut gives us ten interlinked stories that follow the paths of two brothers named after demigods from the ancient epic the Mahabharata. Half Gods is an inventive collection about family and human connection. The next one is also perfect for the short story fan.

Nick White's collection of stories is Southern fiction at its finest. His characters are deeply flawed and endlessly fascinating, and his portrait of the South is honest and unflinching.

America for Beginners by Leah Franqui

This debut novel explores themes of family, immigration, prejudice, and the American dream. It's a thoroughly timely story, funny, smart, and poignant all at the same time.

River of Stars by Vanessa Hua

River of Stars is Hua's debut novel about a pregnant Chinese woman who makes her way to California to write her version of the American dream. Immigration, identity, and motherhood all swirl into a tornado force of a novel.

In Severence, Ling Ma's wickedly funny satire, Candace Chen is so devoted to her job and her routine that she barely notices when an apocalyptic plague hits New York City. What follows is a heartfelt, moving and hilarious story about human connection and not letting routines get in the way of living life.

A wealthy widow and her adult son flee New York after scandal and find themselves in Paris. It's a riotous send-up of high society — one of the most highly anticipated novels of the year. It comes out at the end of August. Share this with a fellow book lover!