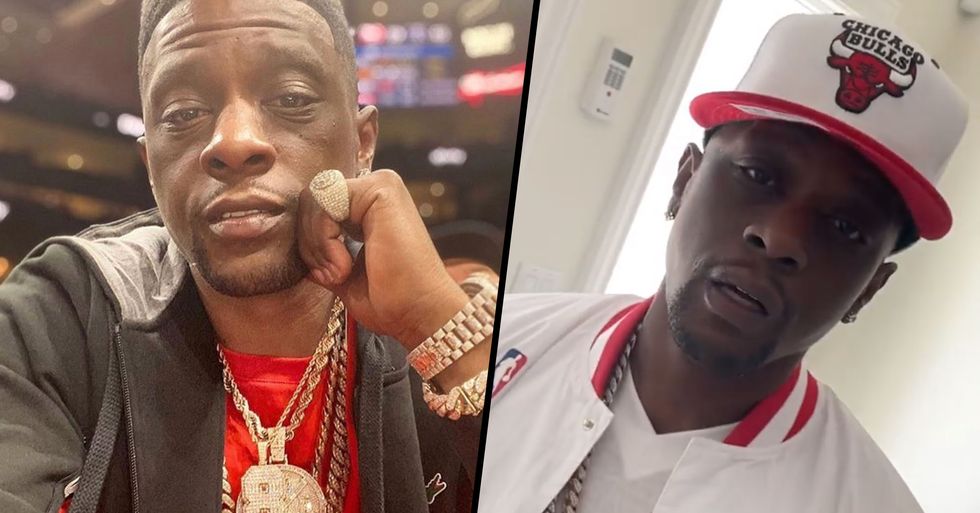 And because of his support, Zaya now identifies as a female - but it wasn't an easy ride going public.

However, Zaya has been subject to several transphobic comments, some of which came from rapper, Boosie Badazz, and his sixteen-year-old son - who went on a rant via Instagram.

Dwyane spent some quality time with his family for Thanksgiving last year...

Fans were quick to point out twelve-year-old Zaya's appearance...

But, sadly, Zaya has been subject to more hateful messages since coming out...

He criticized Dwyane for supporting his daughter...

His rant didn't stop there...

It didn't take long for Boosie's sixteen-year-old son to chime in...

"My pops said what he said. Stop sendin gme that. I bet you won't say it to our face."

"I know this chick that will do sum thangs to DWade son that will make that boy back str8."

And rightly so. Their attitudes are, quite frankly, appalling and this is a classic example of transphobia.

And many were calling for the pair to be "cancelled."

@ariieeY2K Very sad. They both need help with their homophobic attitudes. They should be cancelled all over. They k… https://t.co/csWXKWRMzj
— Tamika (@Tamika)1582271179.0

With several saying they are simply "desperate for publicity."

There was overall, a lot of backlash against these comments...

And now, Boosie has finally spoken about his comments.

The rapper recently appeared in an interview for Baller Alert's Sesh W/ Shirley...

Boosie interrupted her saying, "His son."

"That’s just how I felt. People gotta understand that's how I feel ... Even my momma got on my a** yesterday. My momma called me early in the morning and got on my ass, talking about, 'Stay off social media! That’s they family! You stay out people's business ...' But I was just speaking how I felt. Everybody got their own opinions in life. Everyone feels a certain type of way about certain things... When the kids involved, it's tender to my heart."

The ignorant rapper was then asked if he had any repercussions about his comments...

This interview comes just days after Boosie was kicked out of a Planet Fitness gym because of the controversy...

He then had the audacity to accuse the company of being racist haters and called for a Planet Fitness boycott.

Quite frankly, we've had enough of this ignorant man...

And it's time for him to be canceled... completely. Watch the full interview here.