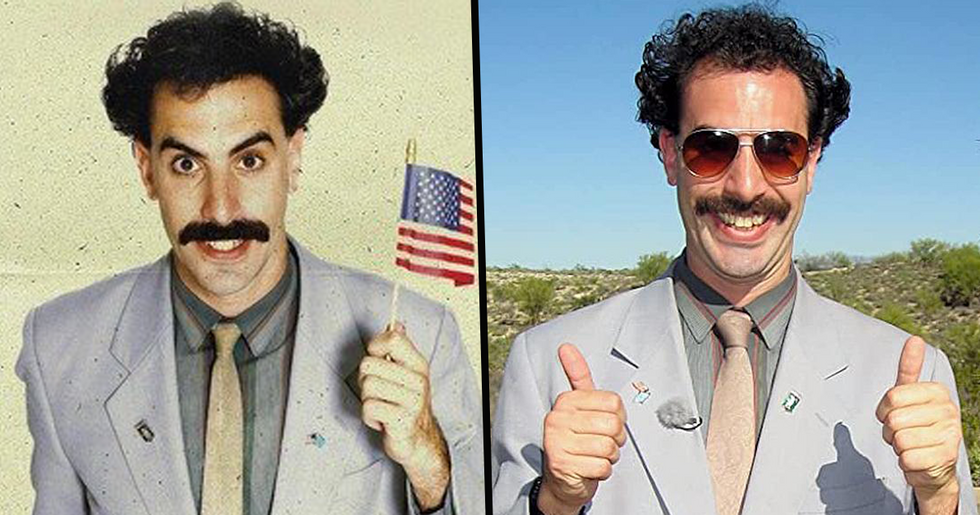 ‘Borat 2’ Has Been Completed By Sacha Baron Cohen

14 years ago, a movie burst into public consciousness, simultaneously titillating and horrifying the American public. It was called Borat: Cultural Learnings of America for Make Benefit Glorious Nation of Kazakhstan — Borat, for short — and it was created by one-man meme-generator and actor Sacha Baron Cohen.

And now it looks as though we're set for a sequel...

This year's been a nightmare for movies.

Thanks to the ongoing pandemic, releases are being pushed back left and right.

But we've had some unexpected good movie news.

It was just as cringey and crazy as it was watchable.

He's gone on to star in other risque roles in Bruno and The Dictator.

But we'd all been missing Borat.

Borat is an ongoing source of memes.

But since 2006, we've sadly been basically Borat free.

Sure, he's popped up here and there - but we've had no substantial content from the character.

But it seems as though all that's about to change...

First, a mysterious video seemed to show Borat back in action!

The internet was very excited about it.

@DiscussingFilm Let's see if Disney has the enough guts to Distribute this one 😂 (The original movie was distribute… https://t.co/p9VVMnAorX
— #HailGarbage (@#HailGarbage)1597869031.0

@DiscussingFilm Perfect fucking timing, I need this man to define comedy for the next decade again
— luuuuke (@luuuuke)1597872577.0

@barstoolsports Dude should have honked the horn, acted pissed and made a for sure cameo in the movie. Would have l… https://t.co/KBMbTh4rFG
— JoeMomma (@JoeMomma)1597879672.0

Here's the video that got the whole internet talking...

And now the good news has been confirmed!

Not only are the rumors true...

But, according to Collider, the movie has even been completed!

In fact, it's apparently even been shown to some.

Sadly, only industry insiders have had a peek so far ...

The movie's premise reportedly revolves around Borat dealing with his newfound fame.

It's not known yet when the movie will open to the public.

But we're sure it'll be a great success!

Want news of another exciting sequel?

Scroll on to learn about when Honey, I Shrunk The Kids is set to make a comeback.