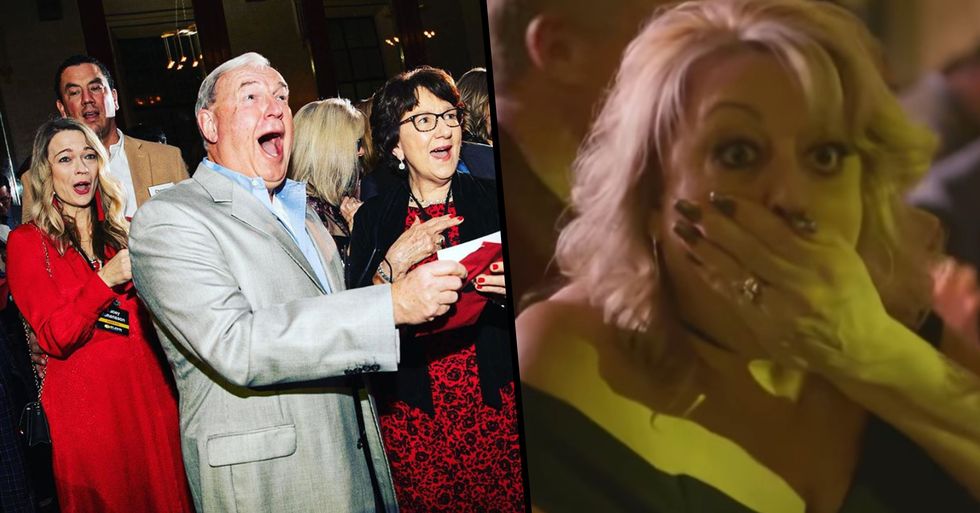 For many of us, it can be far too easy to feel like a cog in a machine. Many in larger corporations never get to even meet their boss - let alone enjoy the feeling of interacting with their higher-ups.

Well, one boss has decided to change all that. Edward St John is the chairman of St. John Properties and he decided to reward all of his 198 employees with a healthy Christmas bonus that left them absolutely gobsmacked. Grab the tissues, because this one's about to get emotional.

Keep scrolling for the heartwarming video...

But you know what can make all the difference?

A little bit of human connection and feeling appreciated in the work you're doing.

As one boss seems to have learned.

A big boss has hit headlines this week for figuring out how to show his employees he appreciates them - in a rather unusual way.

This is Edward St. John.

He's the company founder and chairman of St John Properties, and he takes quite a surprising approach to bosshood.

He decided the key to a good business is keeping employees happy.

Instead of working his employees to the bone, Ed takes a different strategy to make sure they are happy to be working for St. John Properties.

His key to maintaining a happy office?

Rewarding his employees with a healthy bonus.

During a Christmas dinner event, all 198 employees were left shocked.

It's safe to say that they were all a little taken aback when they were handed a red envelope which they weren't allowed to open until Ed said that they could.

But the employees had no idea what to expect...

Then Ed got on stage and made the announcement.

As the red was peeled back to reveal a hefty sum, the tears started pouring quicker than the champagne.

It's safe to say they were all very happy!

The firm, from Baltimore, Maryland, said it wanted to make a "significant" impact on the lives of those responsible for its success that year. Keep scrolling to their reactions to the news.

Ed said they needed to "celebrate their achievements."

He emphasized: "To celebrate the achievement of our goal, we wanted to reward our employees in a big way that would make a significant impact on their lives. I am thankful for every one of our employees, for their hard work and dedication."

“They are the ones that make the boat go."

"Without the team, we are nothing." As they say, teamwork makes the dream work.

The bonuses were prompted by a company milestone.

They had managed to develop 20 million square feet of office space, retail, and warehouses so handed out 10 million dollars worth of bonuses to the people that helped make it happen.

One employee describes her feelings in the video:

Nikki Good, the director of taxation said this: "I still haven’t absorbed it. I’m shocked and very thankful."

Danielle Valenzia, a company veteran said that this was "huge."

"What happened tonight was magical," she said in the video. "This is huge."

Everyone deserves a boss as generous as this!

However, we can't all have what we want...

So if you're in the mood to read some horrible boss stories, then keep scrolling.