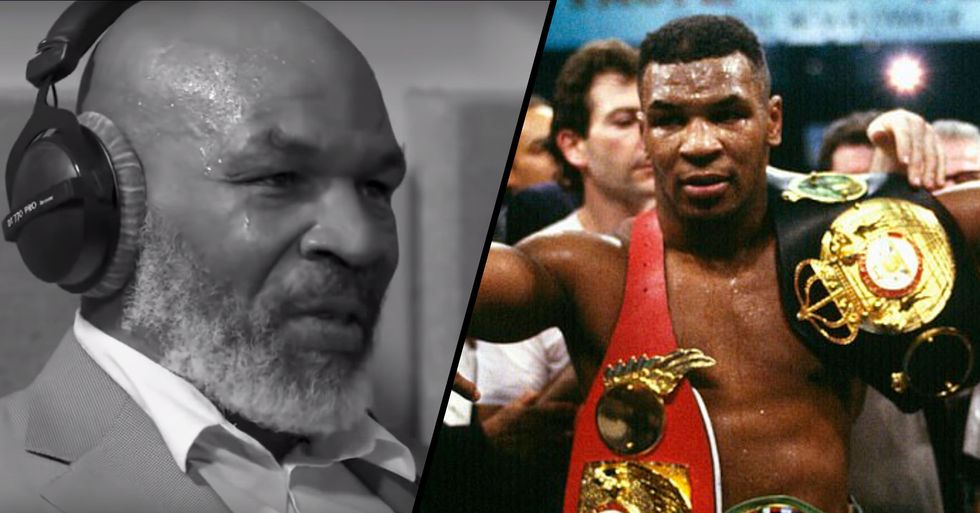 It's safe to say that Mike Tyson is known best for one thing and one thing only - and that is being one of the world's greatest boxers.

He has lived a rollercoaster of a life, but in more recent times, the fifty-three-year-old revealed how being famous isn't all what it cracked out to be and how he is "looking forward" to death.

But Tyson's life began to spiral out of control following his defeat to James Buster Douglas in 1990...

And this was ultimately the path leading to the end of his boxing career.

His behavior lost him a lot of respect in the sport...

After a series of mishaps in his life - serving a prison sentence for sexual assault and biting off a components ear, just to name a few - a lot of people argued that Tyson had lost his game, despite remaining the heavyweight champion of the world.

And this was the last time Tyson stepped into the ring.

He has been criticized heavily in the past...

This resulted in the boxer declaring for bankruptcy...

And he had a mountain of debt to shift through.

It seems that Tyson has really redeemed himself with this career choice...

And it's safe to say that the former boxer now has a lot to reflect on.

Tyson appeared in an interview with The Sportsman recently...

And he spoke deeply about his life and career as a boxer.

He was asked if there was any more of the Mike Tyson story to tell...

He said, "I don’t think so. Unless something miraculous happens. But you never know. The more we learn about ourselves, the more we learn about life. Life is pretty interesting. We’re born not knowing, we die not knowing where we came from. But our life prepares us for our death. We still don’t know sh*t about it, but when we get to a certain age, we’re not scared of dying no more, like it was when we were young."

Death has always been a possibility in his line of work...

When asked about this, Tyson replied, "I knew there was a possibility that I could die during training, during a fight. I knew that. But I wasn’t scared, because I thought if anybody was going to die, I would do the killing. That self-confidence was a survival mechanism. But now, from my experience, from what I believe, the more I know about not existing, the more willing I am to die."

And when asked if he looked forward to death...

He said, "Yeah. I don’t fear it. Living might be more complicated than dying to me. The belief of it. I don’t know if it’s true."

To Tyson, living is a journey.

"Because living takes a lot of courage. Without the courage, you can’t handle living. Living is a journey; living is a struggle. People have everything and they still can’t do it, they struggle."

Tyson realizes that things in life happen for a reason.

He touched on the subject of fame...

For more on Mike Tyson...

Keep scrolling to check out the former boxer reliving his earlier days with some incredible moves in the ring...