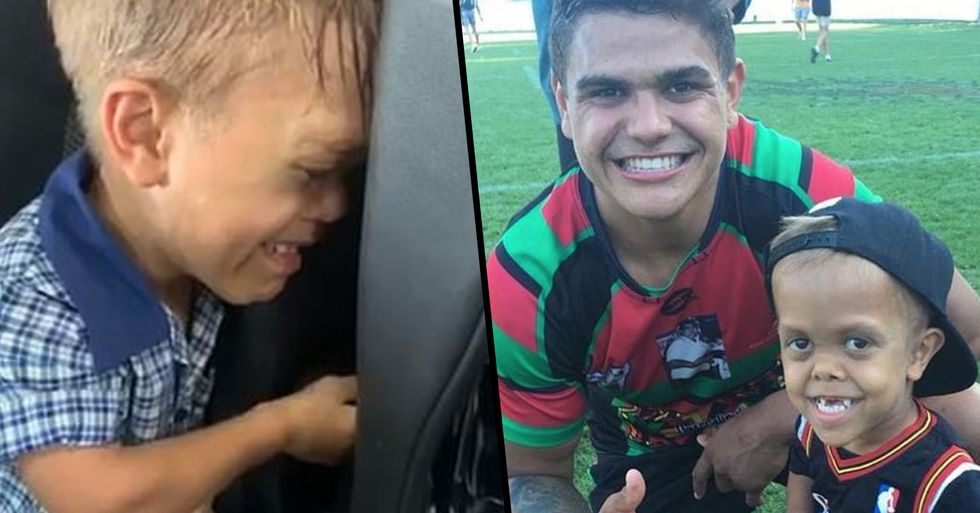 Starting school can be daunting for anyone. For most people, it's a time of stress, insecurities, and social pressure. Trying to fit in with the "cool kids" while simultaneously trying to study for midterms is a pretty difficult task, you know? If I think about it, it's probably the hardest thing I've ever had to experience. And for all the lucky ones that have also managed to survive the ordeal, props to you.

It seems as if times have changed since I was at school, but one thing that remains constant is bullying. Every generation has its own set of terrorizers who want to make everyone else's lives harder. And, recently, a mom shared a message to bullies after her son became a victim.

Before you start this article, I must warn you that some viewers may find some of the language and the pictures distressing so read at your own risk.

In the six-minute clip, you can see Quaden, her nine-year-old son who has dwarfism, crying and talking about his school experiences, saying he's considered "the dumbest kid in class."

She also mentioned that this isn't the first time Quaden has talked about suicide.

She recalled that the first time he tried to kill himself was when he was only six-years-old and it had firmly scarred her, as it would to any parent. Children should not be thinking about such a scary concept at such a young age.

He was deeply affected by the death of his grandfather and his little brother, who was born stillborn. His mother revealed that he thinks he would be better off with them in heaven.

The video has since been viewed over 3 million times and the support has been overwhelming for the family.

However, this does not take away from Quaden's pain.

And many Australia sports stars were amongst those offering their support.

The Indigenous All Stars NRL team were the latest to reach out to the family.

And incredibly, they've invited Quaden to walk them onto the pitch on Saturday.

Please watch this video with caution:

If you're in the mood to read a more heartwarming story, then keep scrolling.