'To All the Boys I've Loved Before' Sequel Confirmed | 22 Words 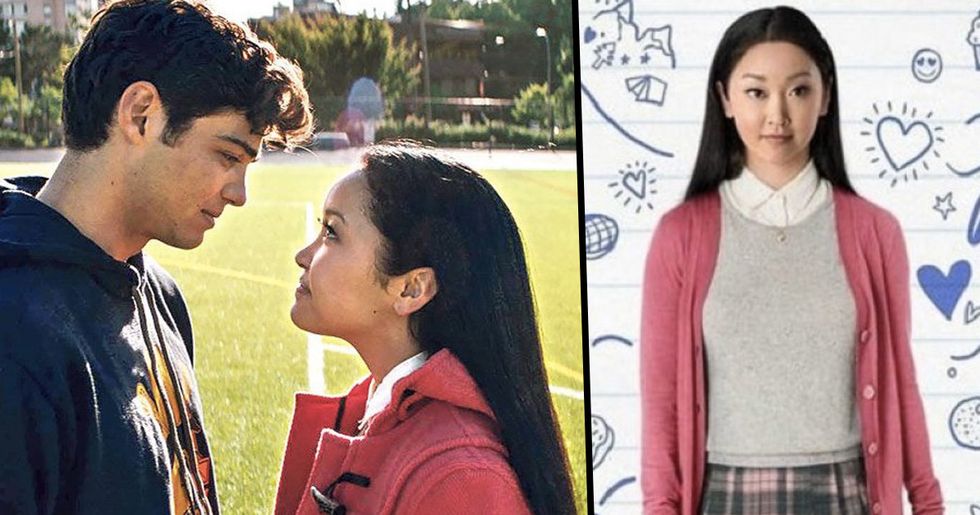 'To All the Boys I've Loved Before' Sequel Confirmed

Light spoilers ahead. This is your warning.

The platform boots are making a return. Fans of Netflix's To All The Boys I've Loved Before have something to celebrate today as the movie's sequel was officially greenlit by the streaming service. The sequels announcement doesn't come as too much of a shock as the movie and its stars gained popularity over the last few months.

This is good news for fans of Netflix as well. Their original movies have been anything but successful as of late– their big forays into original films flopped with Adam Sandler-esque efforts, and the swing and a miss that was the movie Bright.

Thankfully, they have a winner on their hands with this Awesomeness produced rom-com that caters to a younger audience than some of their other originals. And thank God! I couldn't take any more Sandler movies.

Eager fans will have seen this coming.

A couple of weeks ago, TATBILB star Lana Condor said regarding a sequel, "The whole cast would love to do it." This got fans all kinds of excited. But we all know, just because the whole cast in on board, doesn't mean the studio is.

But Condor had backup.

Author of the novels Jenny Han followed up saying, "I think we all would love for that to happen. Everyone has said that." And now that everyone includes Netflix. Yasssss.

Buried deep inside a Hollywood Reporter article, the media publication reported that the sequel is in the works thanks in part to a new deal with Paramount, who share the same parent company as TATBILB producers, Awesomeness.

No word on who from the cast is returning.

But if their comments are anything to go by, you can bet all the main cast members will be making their returns to your phones and laptops soon.

No word on director Susan Johnson either.

Though the director posted, then subsequently deleted, information about the sequel on her Instagram page. The director commented, "Well, the cat’s out of the bag! Thanks for the support, everyone!!! It’s all you!"

And for those out of the loop on this film franchise, or for those that just want to live it again...

Here's the trailer. It's on Netflix! Go watch!

So what will the sequel focus on?

Well, fans of the book series will note that the Netflix movie ended in... kind of a weird place. The middle of book two (P.S. I Still Love You) to be exact. There are three books in the series, so there's still plenty of material to draw on.

However, director Susan Johnson has some ideas of her own.

In an interview with Entertainment Tonight, Johnson says, "We’re so invested in Peter and Lara Jean, that seeing them go through struggles is going to be hard but also something everybody can relate to. The next shiny face comes in and you’re like, 'Oh shoot, this guy’s really nice too. What do I do?'" So it seems like the movie will definitely center around some struggles of going through a young relationship, and how Peter and Lara Jean will cope with those issues.

A sequel just makes sense. The film is crazy popular.

On an earnings call earlier this year, Netflix said TATBILB is one of their most popular original films ever, especially for repeat viewings and reactions on social media. Fans, you can thank yourselves for getting this sequel off the ground.

The stars are all thrilled too.

At Vulture Fest in LA this month, lead Lara Condor said she’d dreamed of being the lead in a rom-com. But “I wrote that off, because as an Asian-American actress, [those roles] don’t usually come across my email a lot; those types of auditions for someone who looks like me."

But fans seem just as into it.

In fact, Condor and Centineo have both seen huge surges in followers on their Instagram pages. Something Netflix is particularly proud of as they've decided to start calling themselves a "Star Factory". What do you think? Do they deserve the moniker?

I'm just saying. The actor's Instagram following has grown by 15m followers since both his Netflix projects were released.

And fans are *ahem* excited.

Stop me when this gets too gratuitous.

She has nearly 6 million Instagram followers of her own, thanks to the popularity of the movies. A number that I could only ever dream of.

But of course, it's not just people involved with the movie that are excited.

Let's check out what some of the fans of the now-series are saying.

And let's be honest, the hype is real.

The hype is real! It's happening!

Let your fears release, the sequel is on.

Just gonna rewatch the movie until Netflix shames me into doing something else. Are you still watching? Yes, Netflix. I am.

This person wants a trilogy!

Hear that Netflix? Give the people what they want!

Tell all your loved ones.

I guess it's time to tell everyone I know that this is happening, and maybe make them watch the first one again for good measure.

Fans are also getting excited for another reason.

I don't really understand it? Mark Ruffalo? Let me show you what I mean.

Someone help me understand.

I can't be the only one that doesn't see it.

thrilled to report that #ToAllTheBoysIveLovedBefore is a delight, and also that Noah Centineo is the Mark Ruffalo/J… https://t.co/DlElzwe1D8
— Kate Halliwell (@Kate Halliwell)1534551371.0

I guess they have similar eyebrows?

Centineo has even commented on the comparison.

In an interview with Vulture, he said, "Oh my God, my dream would be doing a film with [Ruffalo] as his son or something."

Was supposed to start my day hours ago but I’m not gonna lie I watched to all the boys a second time and interviews… https://t.co/Q5YEVLzFJR
— anjelica pickles (@anjelica pickles)1534800663.0

"Ever since I can really remember auditioning in L.A., people — even if I was too inexperienced — they’d be like 'Yeah, he’s a little green, but you remind us of Mark Ruffalo.' And I think it’s great. I guess it’s just my mannerisms, like the way I talk, the way my eyes move around maybe when I’m thinking …? I don’t know!"

I'd be down for that movie by the way.

What do you think? Could they pull off a father-son duo?

Maybe for Noah's next Netflix movie. Anyway, enough of that.

How excited are you for the sequel?

Let us know what you think and maybe throw in your favorite moment from the first film.