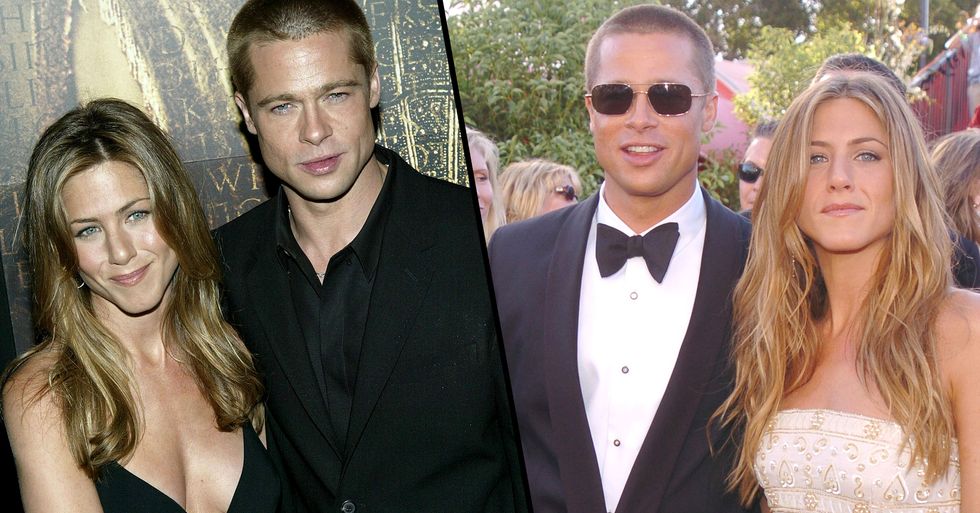 But fast forward nearly fifteen years, the pair are now single and they have amazingly reconnected in recent months... leaving fans speculating over whether the pair are actually getting back together.

And now, with sources claiming that they are spending quarantine together, our dreams might become a reality. Keep scrolling to find out the secrets about their self-isolation antics...

The ceremony itself cost a hefty one million dollars, with $76,000 spent on security. Guests were asked to sign confidentiality agreements and airspace surrounding the ceremony was restricted. Brad and Jen sure were sticklers for privacy!

Brad and Jen seem to have reconnected during these difficult times. Read on to find out more about their quarantine life together.

But recently, "friends" might not be the label for them any more...

According to Star Magazine, the pair have rekindled their relationship so much that they are spending quarantine together in Jen's Los Angeles mansion!

An insider revealed these secrets:

"Brad and Jen have been spending most of their time together during their lockdown," they said. "The whole experience has brought them even closer. They both feel humbled and grateful for everything they have right now, especially each other."

Obviously, due to safety precautions, Brad has decided to just stick with Jen for the entirety of this pandemic though both their reps have claimed that this rumor is false.

We're just glad to be getting more Brad and Jen content...

If you want to see another precious interaction between the so-called "lovebirds", then keep scrolling...