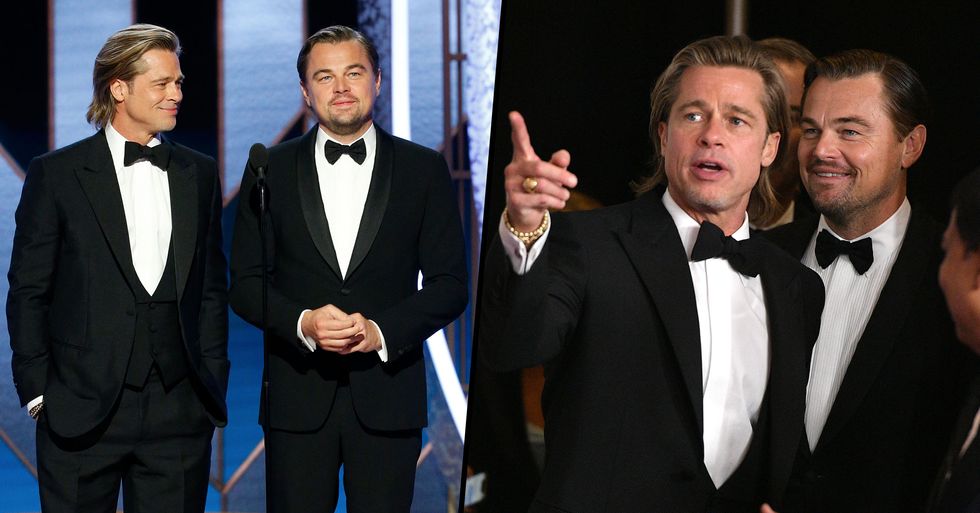 There were a lot of worthy winners throughout the evening, but the best part of the ceremony had to be the bromance between Brad Pitt and Leonardo DiCaprio.

"I would’ve shared the raft," he then said jokingly. For more on The Oscars, keep scrolling to learn about the ad that ABC rejected from the evening...