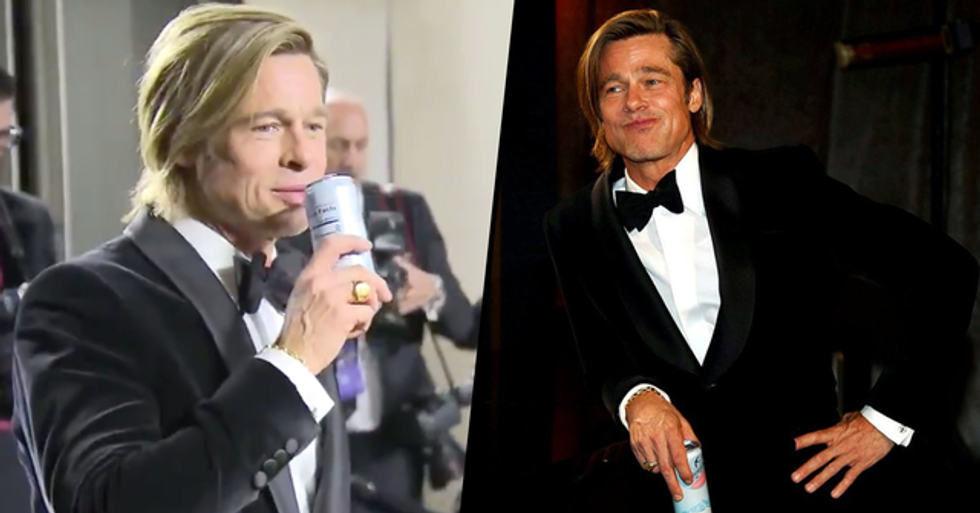 This Sunday was the evening that we have all been waiting for... The Oscars.

There were a lot of worthy winners throughout the evening, but the best part of the ceremony had to be watching Brad Pitt get his very first acting Oscar engraved. What a cool guy ...

Awards season is in full swing and this week it was the turn of the hotly anticipated Oscars.

Twitter has exploded with Oscar-related debates and it seems as though everyone's got an opinion about who they wanted to see win an award.

From celebrity slip-ups to record-breaking selfies, we cab always expect to see a whole array of new and exciting moments that will leave their own print in award history.

"I would’ve shared the raft," he then said jokingly. But even better than the bromance? It has to be watching Brad get his very first acting Oscar engraved.

Post-Oscars, the winners head to the Governer's Ball to get their name engraved on their coveted prize.

Best Supporting Actor Brad Pitt waits for his Oscar statue to be engraved at the Governors Ball following the 92nd… https://t.co/FsaDS8CBeS
— corinne_perkins (@corinne_perkins)1581312360.0

But it seemed as though Brad was feeling rather chill about the whole affair!

He leaned casually on the side.

And his uber-relaxed stance was matched only by the fact he appeared to be chugging a can.

What a total icon.

Want more hot Oscar's content? Scroll on for the very best (and worst) of the red carpet outfits. Florence Pugh can truly do no wrong.