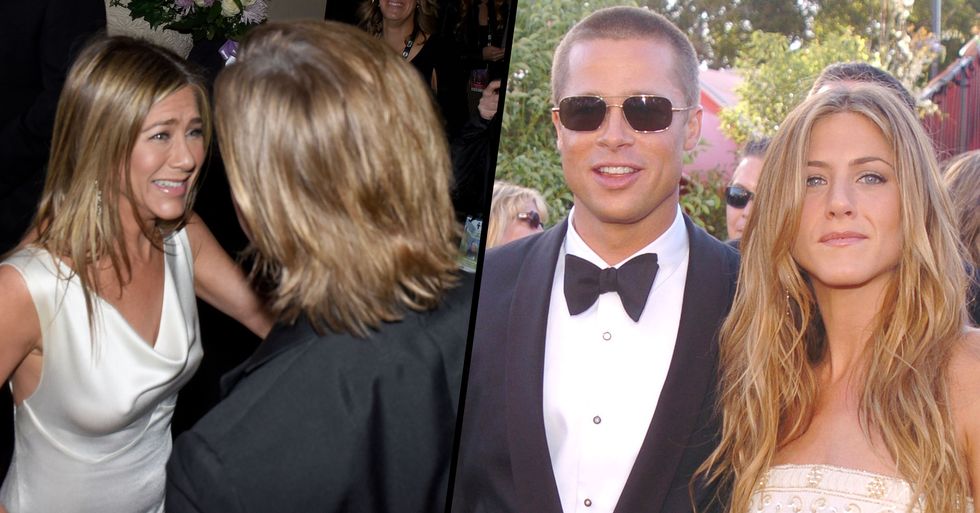 But fast forward nearly fifteen years, the pair are now single and they have amazingly reconnected in recent months... leaving fans speculating over the pair actually getting back together.

And by January 2005, Aniston and Pitt had announced their separation.

Sources close to Jen delivered her verdict on the couple's future.

Sources told PEOPLE a few months back that a reconciliation between the pair is actually rather unlikely.

"Jen was happy for Brad."

"They congratulated each other and that was it. She is happy to have Brad back in her life as a friend, but that’s it."

Even if they don't get back together...

It's great to see that the pair are happy to be friends again, but we must say, it must have taken a lot for Jen to trust Brad again.

But Brad stepped up to make sure Jen was comfortable being friends again.

The pair have happily moved on...

"Brad is in such a different place than he was when they were together. Brad is truly an introspective guy who has worked hard on himself," an insider explained. "He has apologized to her for many things he felt were his issues in their relationship. He truly takes ownership for his mistakes and that has changed their relationship with each other today. They both have moved on."

"Right now they just love and adore each other and have been much closer friends since their divorces. Brad has grown so much in his life since he and Jen broke up."

This must have taken a lot of courage for Brad to admit his wrong-doings...

But we're glad that the pair are now happy to be back in touch with one another.

For more on Brad and Jen...