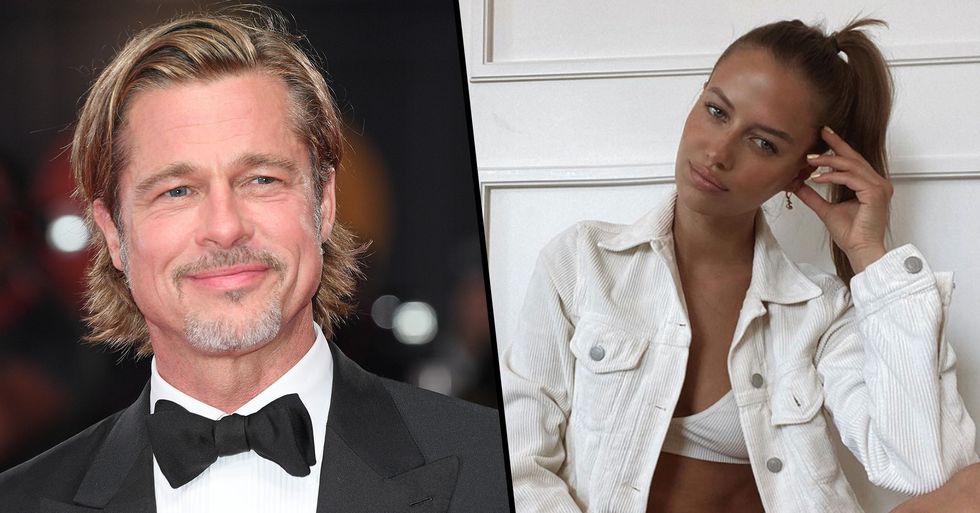 Keep on scrolling to get more on this bizarre discovery...

It seems that Brad Pitt has a new woman in his life...

But things certainly aren't as rosy as they seem.

Now, we all know about the drama that has come from the actor's love life in the past...

And it all started with Jennifer Anniston back in the late 1990s.

Brad and Jen were matched in true Hollywood style by their agents in 1998.

Because earlier this year at the SAG Awards ...

Reports have been surfacing this year of a reconciliation between the pair...

However, more recent reports have confirmed that there definitely isn't a romance between Jen and Brad...

Because the Hollywood heartthrob has reportedly got a new girlfriend.

It is twenty-seven-year-old German model Nicole Poturalski, who goes professionally by the name Nico Mary.

The star has graced the covers of both Harper’s Bazaar Germany and the September 2020 issue of ELLE Germany...

And according to the Daily Mail, Nico wanted to become a marine biologist, before being discovered at the age of thirteen by a talent scout at Disneyland Paris.

Her Instagram suggests she divides her time between Los Angeles and Berlin...

And dating rumors were sparked back in November 2019, when Nico was papped with Brad at Kanye West's Hollywood Bowl concert. The model was again spotted with Brad earlier this month arriving at an airport in Paris, France.

The couple, who were both wearing masks, were reported to be spending time at Brad's chateau in the south of France.

The same chateau that he owns with Angelina, we must note. Awkward...

Of course, it is very early days for the couple.

Well, it turns out that things aren't as simple as they seem all thanks to Nico's personal life.

No biggie, but the German model is already married.

Yep, you read that correctly! It has been reported that Nico is married to her sixty-eight-year-old husband, but they're in an "open relationship", meaning that her dating Hollywood heartthrobs is all okay!

She has been married to German restaurateur Roland Mary for about 8 years now...

And they even share a young son, Emil, together.

Of course, open relationships aren't for everyone...

And while many feel it is totally weird and inappropriate, some couples find that they benefit from casually seeing other people... even if that other person is Brad Pitt!

As long as Brad is happy...

We're happy. Make sure to keep on scrolling to read about why fans think that Brad is secretly hanging out with Jennifer during lockdown...