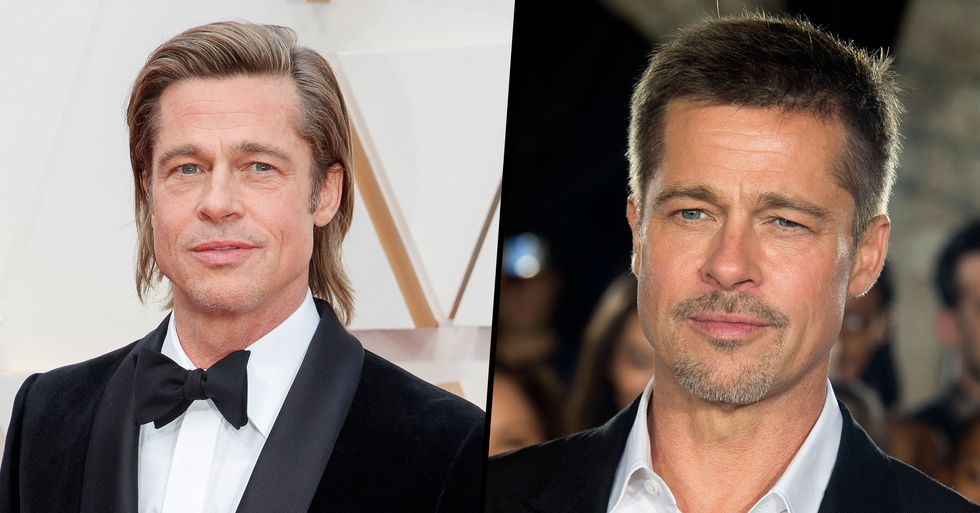 It seems that Jennifer Aniston's relationship with Brad Pitt was a lot more intense than we anticipated...

And perhaps that love has never died ...?

Could Brad still be harboring a secret crush?

The internet suspects so ...

Well, he's stepped out with a new suspected girlfriend, and people have noticed something.

She looks a little familiar.

In fact, some think she bears a striking resemblance to a certain ex.

In an interview given by Jennifer in September 2001 with Rolling Stone Magazine, the star talked about being 1 year into her marriage with Brad and all appeared pretty darn rosy.

In the Rolling Stone interview, Jennifer divulged how the couple had purchased a $15 million property, liked to bond over music, and may or may not be potheads.

The actress' love for Brad is apparent throughout the interview, she can’t seem to help but bring him up at any given opportunity.

It's May 2004, and "happily" married Brad Pitt starts filming the assassin/spy flick alongside the single (and admittedly... very beautiful) Angelina Jolie.

The 2 co-stars spent an awful lot of time together and got on very well.

But clearly in the long run, things weren't meant to be.

Reports have been surfacing of a reconciliation between the pair...

And even though it's more than likely that they're just friends, this hasn't stopped fans from being overly suspicious. Brad's new (suspected) girlfriend looks uncomfortably familiar ...

And now there's a reason for the suspicion.

So, who exactly is Brad Pitt's rumored new girlfriend?

Twenty-seven-year-old Nicole Poturalski, who goes by the name Nico Mary professionally, is a successful model - represented by 3 agencies - A Management, Official Models in New York, and NEXT Models in Los Angeles.

The star has graced the covers of both Harper’s Bazaar Germany and the September 2020 issue of ELLE Germany.

The Daily Mail reports that Nico wanted to become a marine biologist, before being discovered at the age of thirteen by a talent scout at Disneyland Paris.

Her Instagram suggests she divides her time between Los Angeles and Berlin.

And, after seeing her snaps, we certainly see the resemblance between her and Aniston ... Want more from Brad and Jen? Scroll on for one adorable moment at the SAG awards ...