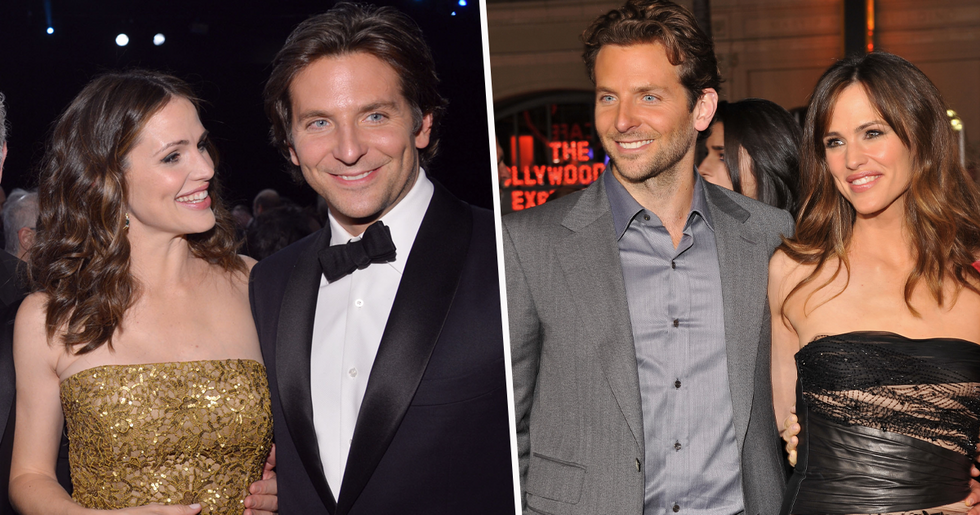 Bradley Cooper has had a rough couple of years...

The pair were spotted attending Broadway's "Finding Neverland," just a short while after Shayk's split from soccer star, Cristian Ronaldo.

And they rarely made red-carpet appearances together.

This picture, taken at the 2018 Met Gala, was the last time that the pair graced the red-carpet together until the A Star is Born awards season stint.

Despite him still being with Shayk.

The film received several nominations and awards, including an Oscar, but cinema aside... Even though the pair's on-screen romance was strictly fictional, fans couldn't help but notice the off-screen chemistry between the pair.

During her Las Vegas residency last year, she managed to convince Cooper to join her on stage to sing "Shallow" - the lead song from the movie. The pair once again looked very close as they sat at Gaga's piano to perform the hit song. Once again, Irina was nowhere to be seen.

Well, as for the suspiciously intimate Oscar's performance, Shayk was said to be "unbothered", even congratulating Gaga and Cooper for the show. But more trouble was to come...

Reports emerged soon afterwards that Cooper and Shayk had finally called it quits.

The pair had officially ended their 4-year relationship, despite "trying out different arrangements and trying to find their way".

But, even after their eventual split, Cooper continued to be hounded by the press over his relationship with Gaga...

But, the singer reportedly had "nothing to do" with the pair's relationship struggles.

So, a year on, it seems only right that the actor takes a little bit of time to relax and have some fun.

This week, he was spotted out with his long-time pal and fellow actor, Jennifer Garner.

The pair have been friends for years now...

Ever since co-starring in the iconic spy thriller series Alias together, which aired from 2001 to 2006. So, of course, many have speculated a potential romance.

In November 2018, Garner talked about her long friendship with Cooper when she honored him at the American Cinematheque Awards.

Noting she was one of the first people who met him when he touched down in Hollywood, she joked, "I took him home and made him dinner… I'm still making him dinner."

And, on his A Star is Born success, she said:

"Bradley, what's happening to you now is a pure joy to those who know you, especially to those of us who've known you from the start.It turns out you weren't just handsome all along. You were also a wonder, and you are welcome at my table anytime."

So the pair are definitely just friends... For now.

Anyway, this week they were spotted enjoying a beach day out in Malibu.

Cooper, who was shirtless, was seen laying in the sand with his 3-year-old daughter, Lea De Seine, as Garner sat cosily next to them.

You can see the snaps here.

Why can't we have a beach day in Malibu with Bradley Cooper?