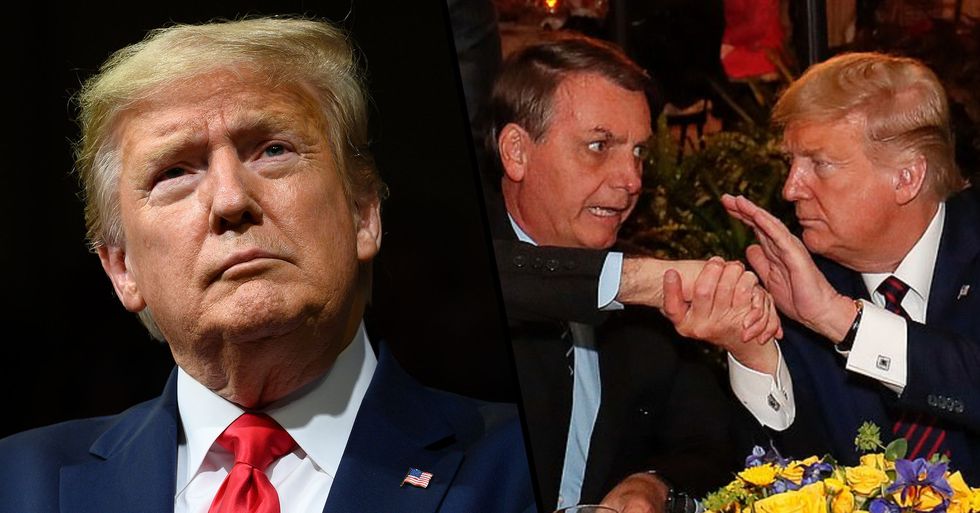 In a shock twist of events, our President, Donald Trump, may have potentially been exposed to the deadly coronavirus, which is currently sweeping across the globe at an alarming rate.

Many people have been calling out the President for his blase attitude regarding the pandemic...

Trump and Bolsonaro have been in close contact in recent days.

They dined together on Saturday night, and were in physical contact during the time.

This may mean Trump is forced to self-isolate.

This is the latest in a series of brushes with the virus for Trump.