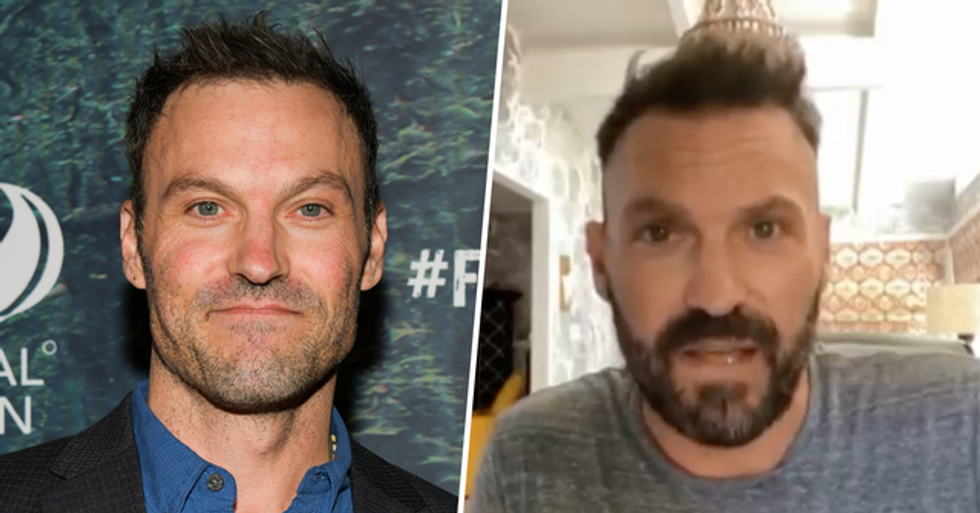 While students are starting to return to school, the number of cases is spiking.

Many are expressing their concern for the lack of preparation shown by the government, and some teachers are preparing in a uniquely tragic way.

But amidst the chaos, an unlikely hero has emerged - Brian Austin Green.

But Brian Austin Green's main role now is that of a father.

Like any father, he's very concerned about his kids.

And in the current climate, that revolves a lot around schools.

He took to Instagram this week to catch up with fans.

And one aspect of life he was focusing on was all about his kids' schooling.

He also pointed out something that deep down, we all knew.

Teachers play an enormous role in people's lives, and never receive the thanks they deserve.

So one teacher decided to take the opportunity...

And reached out to the star. His response was nothing short of amazing.

Who wouldn't want to be a teacher?

The low pay and never-ending workload are tempting, we have to say!

Teachers are truly the backbone of society.

And the fact is, they consistently go unappreciated.

But one area in which they seem to be more unappreciated than ever?

During the current coronavirus pandemic.

Because, as the government pushes for schools to open up...

Many are facing a truly horrendous decision.

Going back to work could actually cost them their lives.

Which is almost too tragic to contemplate.

As over 100,000 children have now tested positive for coronavirus.

There seems no way for the school system to deal with this.

Why are we so happy to ask teachers to volunteer their lives?

It boggles the mind.

But one teacher managed to find an unlikely hero amongst the chaos.

She decided to tag the star in her Amazon wishlist of back-to-school essentials.

Austin Green explained that a lack of resources matters now more than ever.

As during the pandemic, sharing just isn't a safe option.

Who would have thought Brian Austin Green would be the man to step up?

Want to see another example of what the school's reopening may mean? Scroll on...