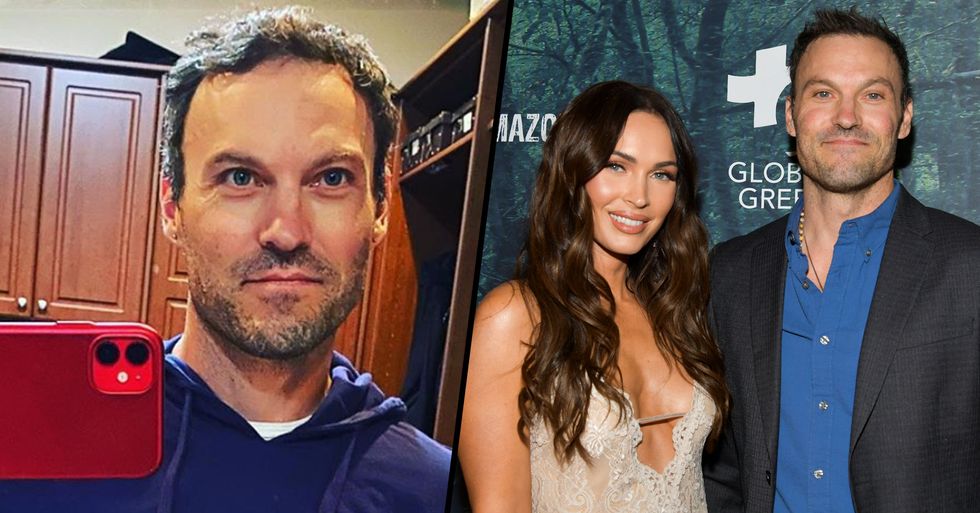 Megan Fox and her ex, Brian Austin Green haven't exactly had the easiest of relationships, and now she's cozied up with a new man, Green has taken to Twitter to well and truly savage her...

He really didn't hold back...

Fox is also known for something else - being super sexy. I mean, she is utterly gorgeous, but has also sadly fallen into Hollywood's list of objectified women which she herself has complained about in her youth.

At the time, he was thrity and she was eighteen. Bit of an awkward situation, but hey, it was a job.

But sadly, back in May, the pair called it quits.

Brian Austin Green confirmed that the couple of over 10 years had split.

They vowed to do all they can to make it as normal as possible for their kids...

But he also spoke about someone new on the scene...

That's right. Machine Gun Kelly. He revealed that “she met this guy, Colson, on set … I’ve never met him … Megan and I have talked about him. They’re just friends at this point."

Fox and Colson have previously been spotted getting chummy in a car amid the breakup of Fox and Green's marriage.

It was speculated that the pair were “staying in separate homes" during the pandemic.

But even though their label was not official at the time, the rumors continued to flourish.

There was no way that these 2 were "just friends" and we have new evidence to prove it.

Machine Gun Kelly even released a new music video that Fox appeared in.

And boy did it spark a commotion.

In the video, you can see the 2 getting pretty intimate.

Titled "Bloody Valentine," it consists of everything you would probably want it to, from aesthetic visuals to partial nudity.

Our suspicions were finally confirmed in June.

In pictures obtained by MailOnline, the pair could be seen getting into Kelly's convertible Cadillac Eldorado, where they were pictured kissing in the front seats. Looks like that's the deal sealed then!

Fox has no qualms in showing off her new man.

And her latest post was no exception. "Achingly Beautiful Boy... My heart is yours," she captioned the loved up snap.

After seeing the picture...

Green took to Twitter to well and truly shade her.

He tweeted out the savage message to his followers.

And he really didn't hold back, soliciting quite a response from fans.

@withBAGpod This is super SHADE yet still super classy. Love it! Plus Brian is such a hot daddy, he deserves best.
— Mikey Morfin (@Mikey Morfin)1596685754.0

out, along with snaps of his kids:

Yikes. For more on Megan Fox, keep scrolling to find out why people are now apologizing for making fun of her thumbs...