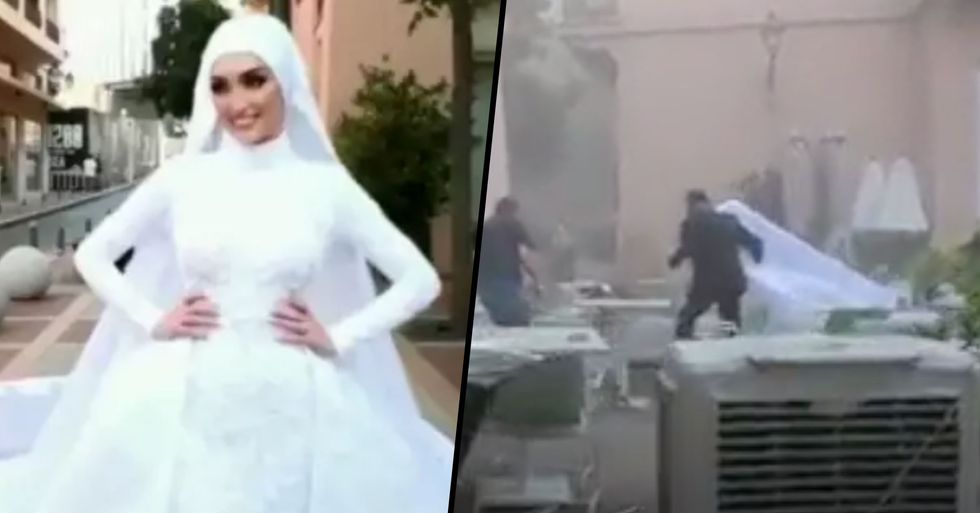 Harrowing footage has emerged of a bride running for her life as the Beirut explosion rips through her wedding photoshoot...

More and more terrifying footage is starting to emerge.

Including the moment the explosion ripped through a bride's wedding photoshoot.

The whole thing was caught on camera.

During the start of the clip, the bride - draped in a stunning white gown - can be seen smiling into the camera as the shot gradually zooms in.

Within seconds the happy moment is obliterated.

As the explosion destroys the capital city.

The photographer instantly runs for cover...

As does the bride.

It's unclear how close the pair were when the blast occurred.

But it did destroy the surrounding buildings.

You can watch the horrifying clip below:

Lebanon needs us now more than ever. Our thoughts and prayers are with everyone involved.